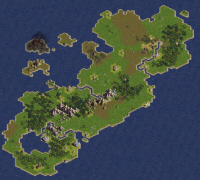 This stylish map of East Continent was completed by Luna of the Tempest Family during her research at the Grey University of Karbala to better understand the geography and cultures of the continent. This map represents the land of the East Continent before the events of Good Tidings 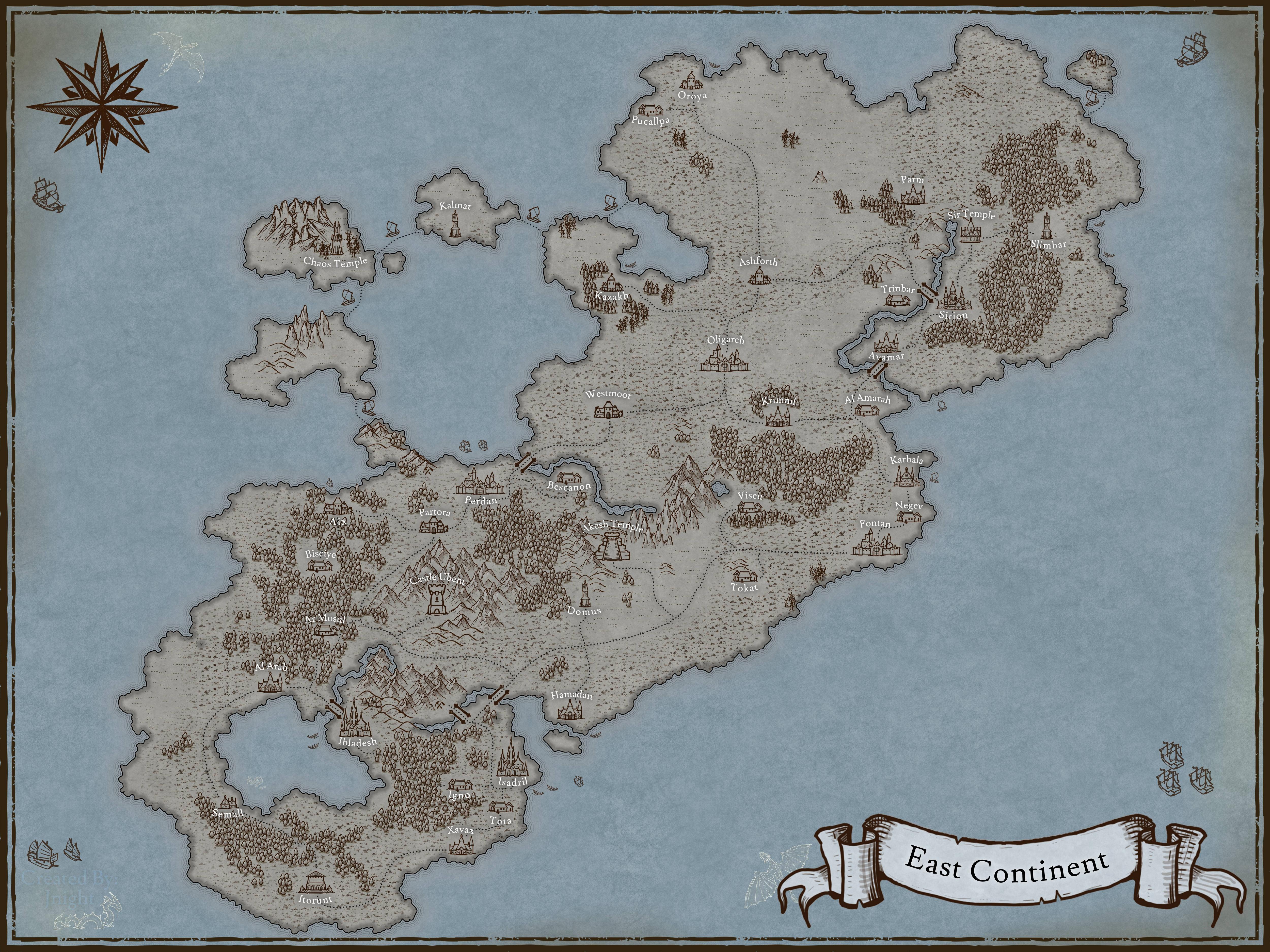