Flow of the Balance

May The Flow Show You The Path

The Ocean of the Balance 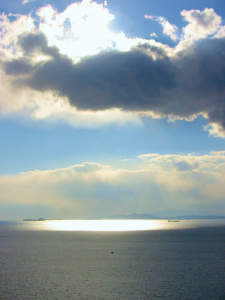 The Flow of the Balance is the Central Truth underlying several, perhaps all of the minor religious cults. It was later reformed as The Shadows when the realm of Shadowdale took control of its ancient heartlands between Fontan and Krimml.

The Balancetravellers are the formatiins of the Balance that walk the earth in vulnerable human forms.

If you are not one whom the Balance is with, you will not receive any replies from it at all; it can hear you, but you are not able to hear from it. If ever, you become able to perceive the Communion, it should appear to be an abstract vista accompanied with vibrating sounds after the process of human sensorium.

If you are able to perceive The Lilith Within, its humanoid appearance will give you part of the answer to this question. Lilith was modelled after her figuriin counterpart. The formatiin and the figuriin is not one, yet is less than exactly two.

By flowing through the inners of the Unbalanced.

It is the Lilith within the Balance.