This article outlines the region Fontan. For the realm of Fontan, see Fontan (Realm).

Fontan is an ancient port city off the coast of East Continent. Fontan along with its sister city of Karbala are said to be the twin diamonds of the east; dominating trade and culture from the townlands of Al Amarah to Viseu. The regions of An Najaf and Negev form the breadbasket of the lowlands with plentiful resources for building or trade in the nearby forest of Oporto. Merchants and people from all these nearby lands come to Fontan on a near weekly basis for business or trade.

The city of Fontan itself is a fortress with formidable walls composed of only the strongest granite quarried from the mountains of Evora. These walls encompass the entire city which rests on and around time tested hills containing a safe harbor nestled within. Atop the hills of Fontan sits the Lords Castle currently dubbed Skyspire Castle for its height and lofty views of the entire city. It is no understatement to claim the city a citadel standing against time.

The haven harbor of Fontan is one of the busiest trading hubs and ship building ports of the south east coast likely second only to Isadril. Ships from all over East Continent regularly make port in the city to offload exotic goods or passengers making their way inland towards the city of Krimml or the stronghold of Akesh Temple. Occasionally ships from the faraway lands of Beluaterra, Dwilight and the Colonies make port to offload lone immigrants or deported nobles looking for a fresh start.

Residents of Fontan are a proud stubborn bunch upon first meeting them but they quickly open their hearts and swap allegiances to any who happen to be kind and fair. The peasants of Fontan are quite partial to the maritime way of life enjoying seafood and upbeat folk music telling tales of favored sea heroes.

Fontan stands over the test of time and prevails against adversity.

Fontan is the ducal seat of power for the Duchy of the Shadow's Citadel within the realm of Shadowdale. As such it part of the absolute monarchy of Shadowdale and subject to Rule by the Shadow King or Queen. The City must also abide by the laws laid down by the Tormentor of Shadowdale.

Duchy of the Shadow's Citadel

The Duchy of the Shadow's Citadel was founded by Shadow King Lindow Moonsun as the first Duchy of Shadowdale not directly controlled by the Crown of Shadowdale. The conquest of Fontan by Shadowdale gave birth to new Ducal seat of power when Margravine Luna Tempest was raised to the station of Duchess by his Majesty the Shadow King .

As the duchy includes the lands that encompass Shadowdale's southern border it shields Shadowdale's core regions flank to the south from raiders or aggressive armies. The port city of Fontan forms the backbone of the duchies economy however the townslands of Viesu form a large portion of the tax base. The rural region of An Najaf partnered with the city and townslands see the subjects of the Shadow's Citadel do not go hungry. Akesh Temple forms the linchpin of the Citadel Duchy as a stronghold to part the storms of both the southeast and southwest realms.

With the creation of the Duchy of the Shadow's Citadel, Shadowdale would have a powerful vassal to ensure it's security in perpetuity.

Regions granted to the Duchy of the Shadow's Citadel by the Shadow King upon its creation: 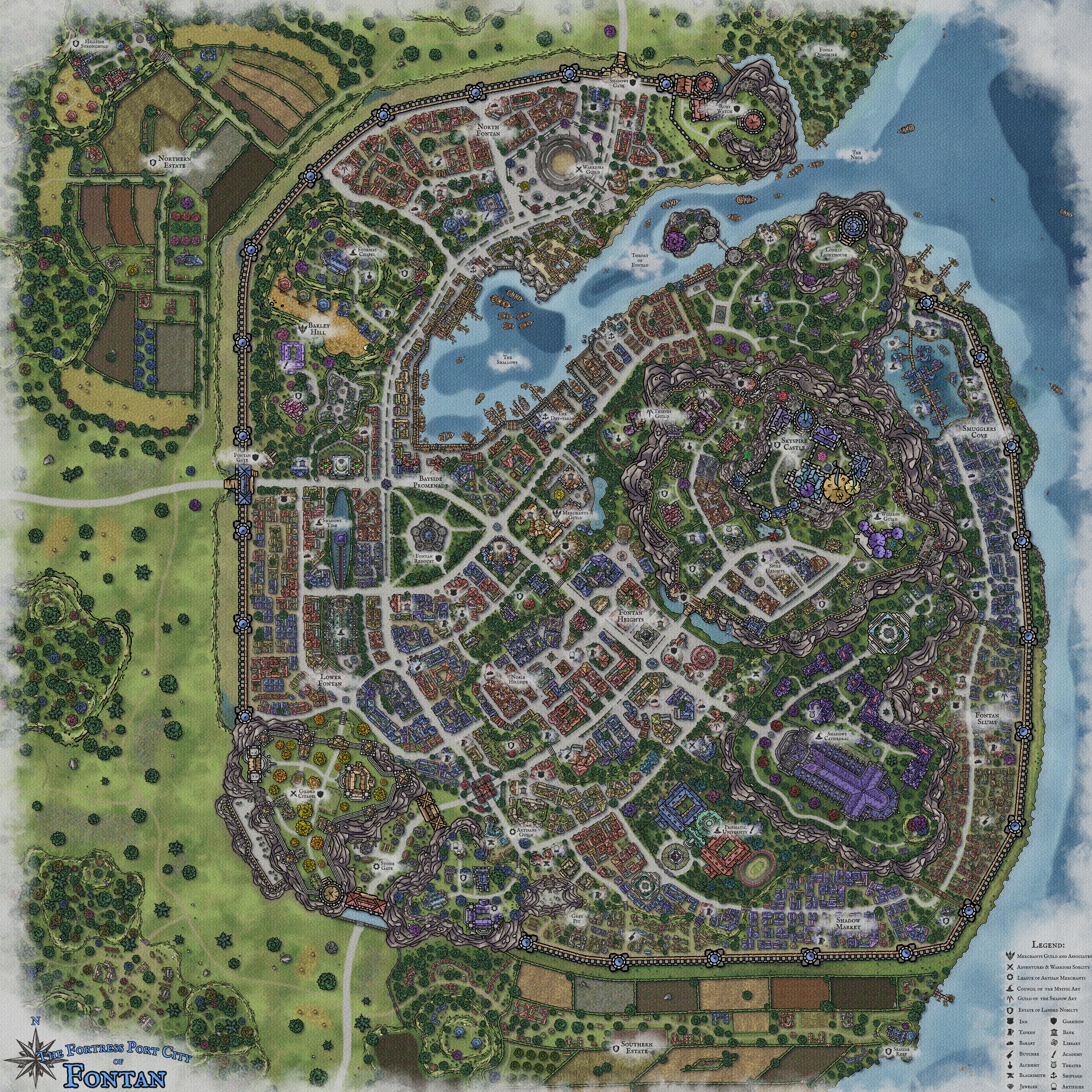