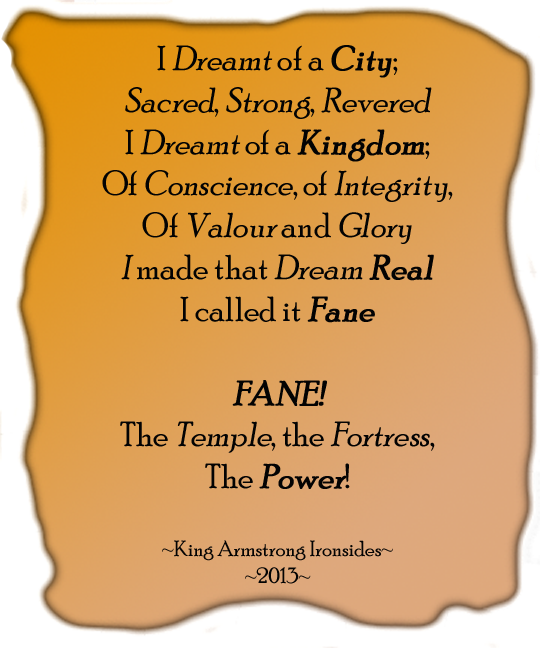 The Crown of Fane was established by Duke Armstrong Ironsides on 3rd of June, 2013, in the ancient city of Oligarch. On the 19th of June Nivemus declared war on Fane, followed by Sirion on the 20th. On the 13th of July, 2013, Sirion completed its conquest of Oligarch, ending Fane and ending Armstrong's Crown.

Castle Fane was the first city-state Monarchy established on the East Continent. The Crown of Fane was destroyed by Sirion on the thirteenth day of the seventh month.

These are the authorities of the Kingdom under the Crown.

Justiciar of the Castle: (Judge)

Castle Fane was defended by the prestigious military force known as the White Armour, a noble garrison. It's banner was argent on gules, and when on the field it often carries with it the sable chevalier. 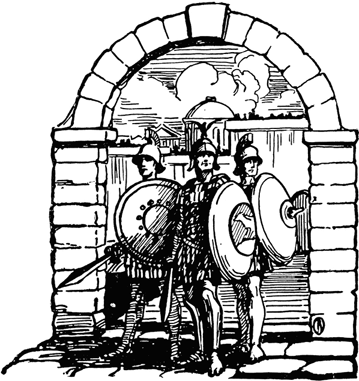 Audience of the Tetrarchy: Where the Crown sits with the Tribunal to rein the Kingdom. Faneians may approach the Audience with gold requests, comments, questions etc., but only the leaders of the Kingdom may sit on the council.

Gathering of the Houses: the public forum, where all families of Fane commune and deliberate.