From BattleMaster Wiki
< Atamara
Jump to navigation Jump to search 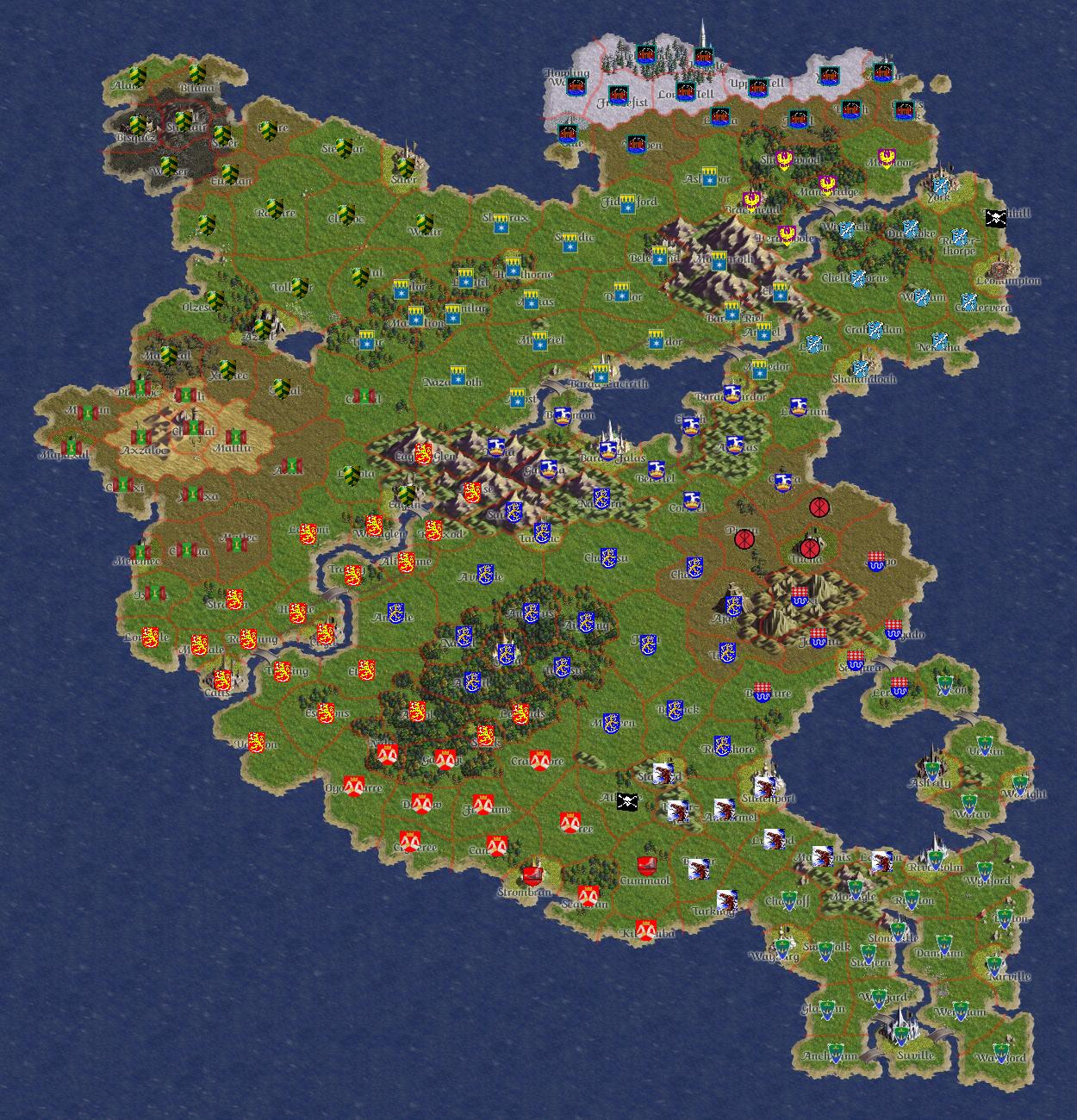 Putting it into Context

The map was most likely commissioned in late May 2004. At this time, both Tuchanon II and Lamar were in their death throes. Whilst the particular fate of the former is not known, Lamar was being overwhelmed by the combined efforts of Carelia and the Cagilan Empire and despite Abington and RedSpan support, fell within two weeks of this maps completion. The date of Lamar's final capitulation and overthrow was the evening of June 3rd.

Another notable presence at this time is that of Southasland, who exists here in her original incarnation with her original banner. This map pre-dates her usurpation by Tuchanon dissidents.

If a realm looks unfamiliar too you, scroll around its territory. When you find its capital, its identity will soon become familiar to you. In some cases, unfamiliarity maybe caused by a change in banners of the realm in question. At this time, RedSpan had yet to hear the revelations of Da Way and had yet to adopt their exceptional Goat standard. Similarly, both Abington and Norland were, at this time, using their second set of banners.

The Darkan presence in Eaglin is possible because at the time, far away colonies and possessions were tolerated amongst the rulers and peoples of Atamara. This is no longer the case. Nowadays, realms may only takeover regions adjacent to their own unless establishing new realms entirely. Furthermore, the peasantry often become much more burdensome and rebellious than ever if they find themselves cut off from their mother realm.