Welcome to the Angmar family

A old house from the Noldor Clan. In a strait line a descendant from Feanor Lord of the Noldor. from the old lands of Narville Suville

History of the family written down by Lady Angela

Former positions and titles.
Count of Matakonis,
Banker of Abington,
Arch Priest of Abington,
Duke of Suville,
Count of Chasnoff,
Sergeant of The Templar Order,
Marshal of the Praetorian Army. Lord Protector in the guild "Abington First"Duke of Narville.

Joined Abington as eldest and head of his family and because Werdham is a part of that realm. and the head of the family has to be near Werdham. Married lady Angela a TL from Falasan they met when she was a trader for that realm. Became banker of Abington after an request from Queen Amitage III. Step down when he became Arch Priest of Abington. In the same month also got the former capital of Abington Suville. Lost Suville when the people did not want to be ruled by him or Abington. The city went rough. (OOC there was some gaming code that got changed so we could not hold on to it) After a year as Arch Priest decided that it was time for someone else to wear the red robe. Became a Hero for his realm. Got a new region Matakonis from King Gabriel And after a few weeks Chasnoff. Lost both regions when he got captured in battle. Became Marshal of the army of Wor'ight for a few weeks but could not work together with the Duke Magnus the mighty. And he relived him from his position. Magnus did give him the region of Veshin. But lost that after a nice visit to a MI prison. Became a Peer of the Realm in the guild of Abington First. Founder Gauihu has promoted you to the rank of Lord Protector in the guild "Abington First" The sponsor of the Praetorian Army, Spiritmonger, Duke of Riverholm, has announced a new marshal: Sir Martok (Lord). After becoming Duke of Narville stept down as Marshal. When King Gauihu did his deeds and goes mad. Suville and Narville found there own way and became a new kingdom.

Arch priest in the Divine Order of Mentism.

Former positions and titles. Minister of Defence of Ashborn
Supreme Judge of Ashborn. Lord of Vale,
Lord of Tindle,
Count of Lezzel,
Count of Dald

Joined Eston when he was 21 years old to fight Norland. Had to leave Eston because god spoke to him over the new world. There for left his home island of Atamara and sailed to the new world and joined Voghor. Married lady Julia A noble lady from Vale. Soon became a cavalier and got his first region Tindle. Left with Lord Dead Angel when he formed the new realm of Varyamo Nolvo. And got a new region Vale. Then the second invasion of the monsters and unread came and many good people died. The realm could not be saved and most of the TL’s left for Ashborn. After much hard battles the monsters where mostly gone from Beluaterra. and the people of Ashborn could build up there land so did he get the region of Lezzel. Life was good but after a few months Sint invaded Ashborn and he lost his region after a visit in a Sint prison. Where he was tortured by the evil judge Rick Adrodawg. A personal enemy of the family. Out of prison when back to fight against Sint and got Dald from Lord Braxis. But Sint did a TO and Dald was gone, got his old region Lezzel back but after two weeks also this region went to Sint. Got the region back again after a TO. Also became Minister of defence to his suprise when he won the elections. After a month did not run for Minister of Defence so Lord Fuinur won. Became Supreme Judge of Ashborn after Lord Zortagh was captured by Sint forces. Again Lost the region of Lezzel to a Sint Takeover. Lost the next elections from Lord Zortagh. Became arch priest fort the divine order of Mentism. Again Supreme Judge of Ashbornafter winning the elections. The realm of Ashborn is overrun by Diamons and evil forces from Sint. Lost his region of Lezzel after a takeover by Sint Has changed realm after Evil Sint destroyed Ashborn. Left for Ossmat and Old Grehk

High Priest in the Divine Order of Mentism,

Fromer Lord of Chasnoff and Dorton. Married lady Bianca they met when she was a young lady in his mother's service. Was a good Trader for Abington left Abington for Beluaterra after some problems with King Gabriel.

because he is the Duke of Heen became also marshal of that same city. after a rebellion by Scion Decided to leave Varyamo Nolvo with his city. the same thing did Lady Skadhi Storm ruler of Vice with here city of Latlan. we can’t let the rebels get those city’s. Former King and Duke of Heen. Was protested out of office by the Varyamo Nolvo Rebels lead by Scion. Left Heen and returned to Varyamo Nolvo to fight against the rebels again. Became Supreme Judge after he won the elections. after the dead of Varyamo Nolvo returned too Ashborn. High priest in the divine order of Mentism, is following the pad of the creator as a priest. Became a Mentor in the realm of Ashborn. winning the vote for Iknopata. After Evil Sint destroyed Asborn hade only one option to give his region to Heen. After that changed realm again and left for Old Grehk died after a battle with monsters in Ossmat.

Son of Martok fighting for Elandor. Former Lord of Tabost. Died after fight in a bar over a girl at the age of 18.

Former positions and titles. Count of Cave of Guilt, Count of Moeth, Marshal of Taselak, Duke of Taselak

Realm Member of Morek on Dwilight, Knight of Bohai

Son of Lord Sulla send to the South-West Island by his father when he was 21 to become a good and noble troopleader. Joined the realm of Sandalak. First job after taking over Cave of Guilt was to build the region up. Lost that region after a visit to an Ikalak prison. When he was realest did more hard fighting for his realm and became the new Count of Moeth when Sandalak got Moeth from Taselak. Also lost that Region when he was captured by enemy forces. Was asked to become the Duke of Taselak when Lord Prophecy of the Skulls was elected judge of Sandalak. Got married with the cousin of Lord Prophecy when he met her as the new Duke of her uncles old city. also Marshal of Taselak there a only two knights with that city. Appointed Wrath Encarnar as Marshal of Taselak Founded a new army in the city of Taselak. after Sandelak won the war against Ikalak. the island sunk in too the sea. Immigrated to Dwilight for a new live on the just discovered island. and joined the realm of Morek.

Bastard son of Sir Sulla is now a peasant is Lasanar. Hoping to work his way up. And make his father proud of him. Died of starvation.

daughter of Sir Gaius Marius and Lady Bianca. She is a bit of a rebel just like her father. She wants to see the world and starts as a low adventurer in Arcachon. Left Arcachon for Atamara. Joined the kingdom of Suville. Became SiC of the Narville Army.

Second son of Sir Martok and Lady Angela. wields the Shield of the Dragonslayer.

Former positions and titles. Count of White Plains. Count of Croton in the realm Arnor.

Lady of Ren Madragas in the duchy of the Holy City in the realm Nothoi Proud owner of the Battered Codpiece of Lemontree Marshal of the Shadow of the White Wolf.

former positions and titles. Baroness of Apokh in the realm Irondale

Left Irondale after a succesfull rebelion she could not support. Joined Nothoi

Lost Rollbar after the gods played a wicked game with the peasants. Elected as count of Limbar Elected as Lord Speaker of Sirion (Realm)

Castle Angmar former home of our family in Narville

Now our family home is in White Plains 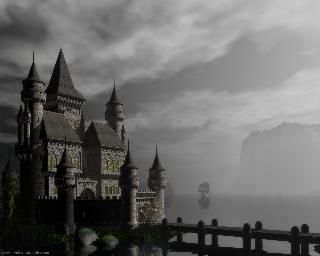