Difference between revisions of "Filador Family" 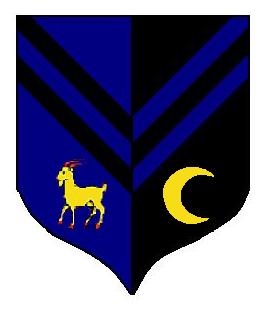 The Filadors (pronounced FEE-lah-dor) are a proud family that is spread across the world. Originally from a family of goat-herders from RedSpan, in Atamara, the three brothers, Vidad, Nicholas and Dielo were fortunate enough to gain the wealth needed to live careers as noblemen. The twin brothers, Dielo and Nicholas, have proven themselves as solid military tacticians and leaders in their realms, while Vidad chose the path of an infiltrator. There was constant pressure on the younger brothers to be like their older brother, before he chose to ignore traditional combat rules in favor of espionage. This has driven them to greatness, but still there is much tension and envy in the family towards Vidad, the oldest and parents' favorite - so much so that the surviving members of Vidad's and Dielo's respective lines do not associate with one another to this day. Ivadd was the son of Vidad, and retired from active nobility 8 months after his father did. Delivo is the bastard son of Dielo, but managed to prove his lineage and therefore claim to nobility later in life. Jovyl is Dielo's legitimate son. Rhosymira and Rhosyshalla are Ivadd's identical twin daughters. Velias was Ivadd's son, but died of terrible illness soon after becoming a nobleman.

It is a very rare occurance to see a Filador leading a unit without the name "Filador's Guard" (provided they have a unit at all). For this, the Filadors have occasionally been accused of being biggoted, but they take it with a grain of salt, and a glass of goat's milk. The coat of arms, shown above, is per pale azure and sable two inverted chevronelles counter-charged, charged sinister with or decresent moon and dexter with or goat stantant ungulled gulles. (In other words, it's blue and black in the design seen with a yellow moon and yellow goat with red hooves).