History
The Angelo family was started in Bitana, in the realm of Darka, a region that was claimed by the Ice. 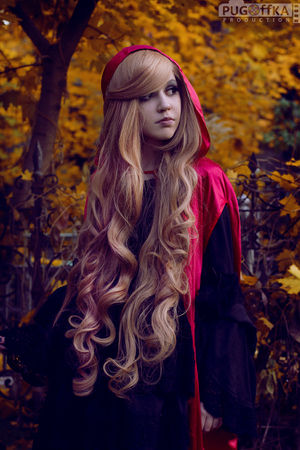 Lady Luna - Warrior (Will be Cavalier)
Luna started her career in Darka, on the continent of Atamara, her family having been established there. Born of very noble stock, her family included the famous Amara Angelo (Note: From the previous Angelo family), who was the Vice-Marshal of the Wolves and the Baroness of Pellan in the realm of Thalmarkin on the continent of Beluaterra. She immigrated to Thalmarkin after two weeks, and claimed Pellan for herself. However, it was taken and she was given Luhgrethen instead, which was quickly overran with Monsters and went rogue. Now she is without a region, but fights on.

She was given an estate in Sandefur to keep her in money while she waits to reclaim Pellan for her family.

She fell ill for a short amount of time and when she recovered enough, she was given the region of Marpii, which was taken by Thalmarkin from the realm of Melhed, which had been all but destroyed. She enjoys the region more than she did Pellan, and will keep it safe as long as it is hers to watch over.

She recently ran for the position of General, and though she lost, it was to one whom she considered a friend. She also recently admitted that she was attracted to women, and has designs for one of the Ladies of Thalmarkin, who does not realize that Luna is in love with her.

Countess Amara - Warrior
Amara ran away from home and went to Dwilight, where she quickly joined the realm of Astrum. She claimed an estate in Eidulb Outskirts and became a member of the religion Sanguis Astroism. She quickly became very outspoken and rather famous opposing what she believed to be the "False Prophets", Alaster Kebrinski and Jonsu Himoura. She was well-known when she became a Priest, and was offered the region of Moses' End as a result. Her sparring matches with the Lady Jonsu were always pointed, and she made a name for herself amongst the Faithful.

Shortly after the Lady Jonsu left the religion, Amara approached Light of the Auspicious Rurik and became his Luminary. She is currently fighting Asylon and using her position in the religion to try and keep the peace amongst the Faithful.

After the passing of the new Charter for Sanguis Astroism, by what some would call controversial means, she was removed from the office of Luminary, as it no longer existed. When she found out, she went berzerk, but when she finally calmed down, she decided to dedicate her life, once more, to the cloth, and to run for the open Light position. She Is going to return to Astrumite lands, drop off her unit, cleanse her body and her soul once more, and take up the cloth.

After reclaiming her rightful place as Priestess, she once again became Luminary, this time under Vasilif Sergio. She has used her position to be a peacekeeper, which she did as well, when she was a full member. In the upcoming election, she is once more running for Light, this time with the endorsement of Light Katrina, as well as Light Rurik and Archon Sergio, who all trust her. She is running for Light of the Austere on a platform of keeping the peace and being the voice of reason, a job she has performed admirably on.

She went into a meditative state for a short while, and when she awoke, she went to the continent of Atamara, joining the realm of Rieleston. Shortly thereafter, she became Marshal of the Republican Army.

Nero is the son of Amara and Luna's uncle and a courtesan. He started his career in Fronen, but decided to go where his father, who did keep track of him, (though he didn't know that it was his father), told him the most famous adventurers come from. What he didn't know was that he would be banned from Fronen as soon as he declared himself a member of Thalmarkin. He is thus on the run from the Fronen nobility and fighting the monsters and undead of Thalmarkin.

Nero died doing what he loved, hunting Monsters and Undead. (Note: Was deleted to make way for Ira.)

Lady Stella - Warrior/Hero
Stella is the cousin of Amara and Luna, the half-sister of Nero. She is fully noble, born in Beluaterra and raised in Dwilight. When she was 12 years old, she was in a fire and burned the entire side of her face. She wears a black hood to hide the scar that she still has.

She moved to the South Island, where she joined the realm of Ikalak. She was one of the first candidates to run for Queen and ran many times after for that same office. Every time, she came in close second.

After a few tries, she slowed down and tried to become duchess instead, but the King that was passed over her in favor of a relative newcomer. It made her upset and she protested exactly once, but it was not enough to make the man change his mind.

Before the war began in earnest, she met this giant snow-white wolf, whom she named Estrela. This direwolf became her constant companion and protector. Because of this wolf, she joined what was later called the Wolf Clans, as leader of Clan Warwolf.

She became the Vice-Marshal, then the Marshal of the Guardians.

She went into the woods to perform certain of the rituals of the Wolf Clans and when she returned, she had a more feral look about her.(To be continued)