Pre Nuumbara: Sandalak is a theocracy on South Island dedicated to the glory of the Wyvern and the Griffin. There are two duchies in Sandalak, the Duchy of Wyvern Heart and the Duchy of Griffin Nest, each symbolizing one of the two divine beings. Sandalak's goal is to cleanse the land of all infidels and heathens to bring glory to the rightful rulers of the continent, the Wyvern and the Griffin.

Nuumbaran Era: Sandalak is a theocracy dedicated on filling the belly of Nuumbara the Devourer. There is only one duchy in Sandalak, the Duchy of Boneyard. Sandalak's goal is to feed Nuumbara so she doesn't eat Sandals.

Post Nuumbara: The Holy Theocracy of Sandalak is dedicated to spreading the Faith of the Wyvern and the Griffin, Two Divines of Sandalak, as taught by the Mighty Dwarf, Kurlock.

Hall of the Fallen

On July 2016, Sandalak finally breached the last walled region of South Island thus unifying the entire island under their theocratic rule. To commemorate this, statues of Kurlock, Wyvern and Griffin were erected across the world. May Sandalak rule forever! 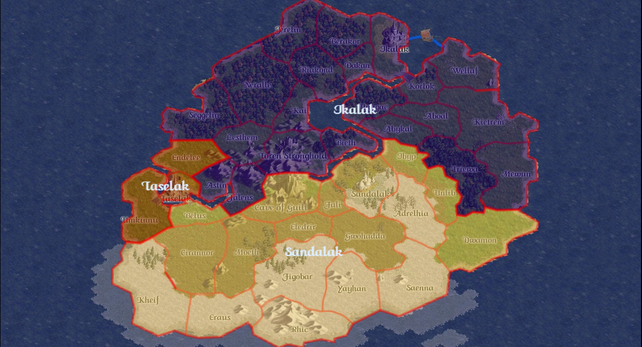 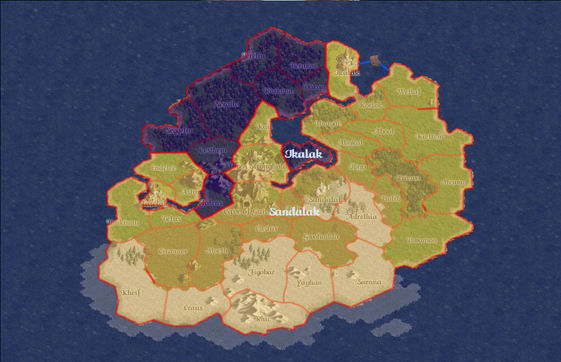