Enweil - a beacon of democracy in chaotic lands of Beluaterra...

One of the founding realms on Beluaterra Enweil has endured three ages of invasions, and emerged one of the most powerful battle forces on the continent. Light of democracy had been defended through numerous hardships as an ideal always worth striving for. Throughout war and parley, using sword and pen, nobles of Enweil have watched over their realm through ages past, and shall continue to act as an everwatching emblem of vigilance in days to come.

The Book of noble prowess

Enweil is a democracy. Enweil is lead by an elected government. Enweil encourages all nobles to participate in any and all discussions.

Enwwil enjoys the benefits of several long standing friends and is currently engaged in a furious war.

Enweil is at war with the Monsters and their supporters, the Meridian Republic.

Enwile currently has treaties of confederation and facilities sharing with Bara'Khur and Avalon. Enwiel also has permitted Avalon passage rights and has closed its borders to Hetland and Riombara.

Laws Regarding Positions of Power

Forging Documents to lay claim on a Region (Foreign or Domestic) must be approved by the council as a majority. Whether or not the noble is allowed to keep the region will be decided by the Council.

Enweil allows any religion to be practiced as long as it doesn't harm Enweil in any way. Foreign Priests who do not have permission to enter Enweil shall be punished to the fullest extent of the law. Freedom of religion can be practiced but Priests who do harm or have the intent to do harm are considered an enemy. 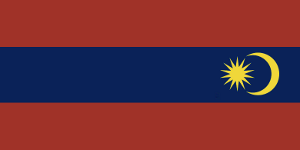 As a warring realm Enweil has a long military tradition. Great generals marked its history, leading armies through many Daimon wars, but also against other enemies. Enweilan military is made of two large armies, based both in Enweilieos and Fengen, and a third which responds to the royal houses of the realm and operates as an elite formation for special tasks and raiding, sponsored by Ete City:

Since Beluaterra is a barbaric continent, nobility is forced to make constant wars. Enweil is not exception to this. Thus, culture is mainly manifested through aspects of religion and guilds. Newspaper publishing ideas were always present, but rarely realized. History remembers The Voice of Enweil which was discontinued due to Daimon invasion. A new newspaper was started when it ended and Enweil faced the might of six opposing realms: The Glory of Enweil chronicles the unfolding of the war and Enweilian victories.

Enweil law permits any religion to be practiced as long as it does not harm the nation in any way. Currently, Eretzism is the most prevalent religion with temples and followers spread throughout Enweil. Other large religions include the Blood Cult, the Order of the Druids, and Daishi.

Situated in the great Southern part of Beluaterra, Enweil comprises of all sorts of terrain. The Capital city of Fengen lies in hilly midlands of the continent. The heart of Enweil is filled with great fertile plains surrounding the Capital. To the East lies a great lake, on the shores of which the battle ravaged city of Enweilieos proudly sprouts its white towers. Mystic forest of gigantic proportions lies to the Northwest, hiding the secretive cities of Fheuvenem and Iato. In the shores of strict South is where the great haven of Ete City is firmly anchored.