Orginally established in Washford, Abington on Atamara, the Tyrell family has a varied and somewhat checkered history, though current members are spreading some good fruit. Back in July 2005 they capitalized on an opportunity to move their home to Riverholm, and they took up the chance of leaving the peaceful countryside for the big city. The family has not regretted it.

"Loyalty and honor above all else" is the family motto.

The Tyrell has been awarded the following Fame points.

Carriantor was the first brother to join a cause, and he has been a Hero of Abington for a long time, and back in May 2005 was appointed a the Marshal of the Wayburg Army, the most influential duchy in all of Abington and possibly Atamara.

Movlat started in South West Island's Taselak, and found himslef as a Hero to the the people of Endelee making him a Baron. His idea's on the battlefield grew, and was soem promoted to the Adivsory Council and was a battle group leader from time to time, leading expeditions against both Ikalak and Sandalak. He earned great respect for Doc's Biatch, Thorin, and Ariana, all of whom he had gotten to become good friends with.

Having defeated the enemies on SWI, he moved to Old Rancagua to find his cousin Fitz. Since joining Old Rancagua he has become influential in the military and was recently been into the service of the king as the Royal Treasurer.

Having completed his brothers commitments, the fall of Avamar, and the great EI catacilsym, Movlat has since moved to Beluterra and joined Luz de Bia. But after a bad experience in democracy and being falsely accused of planning a rebellion, Movalt was forced out of the Realm and now has joined Riombara.

Nasimik died young in a prison in Wetham on the Colonies, where he was imprisioned for tring to restore power to Queen Amelia, who was injured in a battle against Portion. 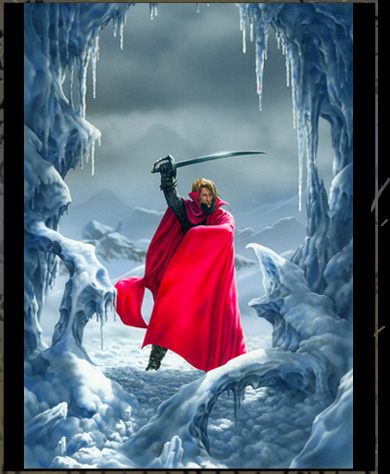 Grig, a cousin, started out on South East Island in Taselak, not knowing what to do, and very little experience he soon found himself banned from Taselak. He quickly joined Ikalak and vowed to make himself better. As time progressed he became a Hero and has led the Iaklak army on many successful campaigns as the General.

He has had to match minds with Sandalak's General, Sebastian, during his time as General. Acting as the Grand Justicar of Ikalak and Marshal of the Ikalak Army, had quickly gained control of obience of the realm. But in the end Ikalak and the White City fell to the Snakes of Sandalak. Grig fled to Old Rancagua.

War torn, and itching in the self gratification, obessesive department, Grig came to Old Ranc and became somewhat critical of the on goings in the realm, but maintain faith in the sword and followed a good military career. Eventually he was surprised to become the General of the Old Ranc army. A couple of weeks afterwards, an orc by the name of Charger overthrew the Old Ranc Monarchy, and Grig raced to retaliate against the false ruler who wanted to be Oligarch's lap dog. Grig lead the rebellion but was injured on the first battle for control. A beautiful woman by the name of Solaria ended the struggle when her archer unit single handedly forced 3 good infantry units out of battle.

Fitz, Grig's cousin, started out in Oligarch and was quickly tempted by Old Rancagua and their civil war. He retired due to a medical issue.

His father, a great but largely unknown noble named Tommi Tyrell, was secretive about Gimilkhad's, for Tommi was old and unsure how his other sons, Carriantor, Movalt, and Grig, would take to the by-far youngest brother. Gimilkhad was told to seek a new land were his brothers would not be able to watch this last flower grow.