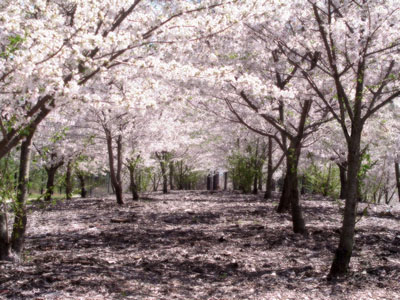 Sakura orchard in the Count's Plantation.

Since Lord Armstrong acquired An Najaf, he has been busy building a plantation next to his Lordly estate. It originally began as a vineyard for the winery Cleargrape Witt, but now has expanded to include much more.

The elysian weather and fertile soil allow for a wide variety of products. The Count himself enjoys tending to his herb and vegetable garden, his fruit orchard and his most precious orchards.

In addition to the vineyard and the gardens, his most precious orchards are:

• Is in the process of planting Plum trees

The horticultural efforts of the Count will turn An Najaf into an East Continent paradise.

Near the Count's Estate, on the other side of the Plantation, there is a horse ranch that assists in the recruitment of the Cavalry Recruitment Centre, known as the An Najaf Stallions. The ranch also has private horses. 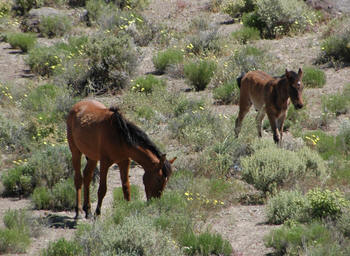 Wild stallions in An Najaf, soon to become domesticated.
Retrieved from "https://wiki.battlemaster.org/index.php?title=Ironsides_Family/Armstrong/An_Najaf_Plantation&oldid=106970"