The Order of Ered Luin 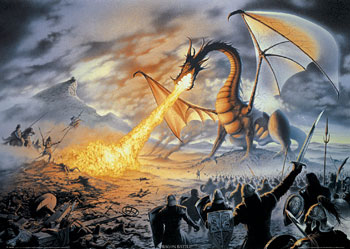 Our motto is Yin and Yang united produce everything by metamorphosis.

Our goal is to develop the inner person into their true being. We encourage the members to grow spiritually through introspection and the contemplation of the texts we hold most dear. We will use our powers together to grow our brethren to the highest ranks possible. We vote in blocs, we nominate our brethren for important positions. We crave power so as to avenge our Five Ancestors and further our cause. We will use our powers to make money, and our guildhouses will serve as sanctuary from those who wish to persecute our brethren. We seek to grow exponentially and members of all realms are qualified to enter the guild.

If you would like to see the religious side of The Order of Ered Luin, visit the Order.

The events leading to the founding of the Order began first when Tsubaki saw a reflection of moonlight on metal near his stables. Thinking it was another batch of assassins, he charged the hill. When he arrived it was not an enemy, but rather a dull and ancient door handle. The entire door frame was covered in reeds and debris. He pulled at the handle but it would not give. A couple of swift kicks and the rotting door splintered and Tsubaki burst through. There were stairs leading downward, but the air from inside was not dank or musty like a cellar, but instead almost as fresh as the spring air outside. He called for his page who brought a torch. Down the flight of stairs he went, and what he saw upon his arrival took his breath away.

As he descended the stairs he next came to a cavernous wide gallery. It seemed as if the entire hilltop had been excavated. There were four Gates exiting from it. On each was inscribed a riddle or thought. He quickly read them but had not the time to contemplate any for the time being. In an anxious hurry, Tsubaki quickly passed through one of the gates and descended yet another flight of stairs into another gallery, this one filled with statuaries of various warriors and gods. It contained rows and rows of pew-like benches, leading up to a dais atop which stood one lone chair and what looked to be a reading stand of some sort. Behind it was a large engraving, the most intricate and beautiful of any Tsubaki had ever seen. It depicted a Lion intertwined in a death struggle with a Dragon. Each had its teeth buried into the other's back. Its sheer size invoked awe.

Hurriedly he ran up the stairs and through another gate. This room had eight chairs, and though it was the smaller of the first two rooms, it was the more ornate. Along the walls were carvings, and in the center were two altars. An ancient tome rested on the first underneath an enormous lamp. Tsubaki lit the lamp and carefully pried open the ancient text. It was dedicated to fallen brethren, and had names written next to many symbols that Tsubaki could only guess was some sort of cipher for ancient and forgotten dates. Fascinating as it was, there was more still. In the back corner of the room sat another shrine, this one detailing the genealogical table of a forgotten Order, and again with the same cipher for the dates. Tsubaki turned to his page and smiled. He was going to be rich auctioning off all the objects in this strange old compound! He again walked back into the main chamber and through another of the gates. This room was an old storage room. It too was an enormous room. Racks of weapons lined the walls, Tsubaki saw some old grain containers and racks where kegs of beer were once kept. Eureka! He discovered a wall with about a third covered in a wine rack. These he would keep himself. Feeling very happy and sure of his newfound riches, Tsubaki made one last journey into the main room and through the last unexplored Gate.

This gate led to a vast warren of living quarters. He opened door after door - all empty. He went down hallway after hallway - nothing. He finally reached a dead-end door, and it was locked. It took a running start and a hell of a bruise to the shoulder, but the door caved in, bursting off its ancient hinges. Tsubaki rubbed his shoulder and looked up with a start - a leering skeleton sat on a stone bench watching him. It still had remnants of a beard and some gray hair stuck with mummified flesh to the exposed bone. A moth-eaten blue robe still loosely clung to its shoulders, and in its lap was a leather sack, tied at one end. "You're not looking so good, old man," Tsubaki said to the old bones, "Better let me hold that for you." He grabbed the leather-bound bag and peered inside. The bag contained a well-preserved manuscript. It read:

"I am Hari Roku-Nan, last of the Mountain Lords of the Order of Ered Luin. I have been locked in this room to finish out my days as punishment by those who seek to destroy our way. Be you thief or nobleman, you will find this of interest, for unto you passes the last of our knowledge. Our Order contained members of all ranks of society, from the lowliest thief to great warriors and heads of state. We were finally broken into by government spies, and every last member was slaughtered. Much like our persecuted Five Ancestors, we were hunted to the ground. In this complex, you may have found riches, but before you sell them, I urge you to consider this - the greatest riches are to be found within. Continue to read. Learn the way of the Mountain Lord, the Dragon's Head. Then make your decision..."

Read he did. Tsubaki read and read. He attended a tournament in Azzal, but was quickly beaten because he had been reading so much instead of training. He took on a new vigor he hadn't felt in some time. When he returned home to Tarasac, he ordered some men to quietly begin work on restoring the guildhouse.

The Order of Ered Luin would be reborn...

Much of the home of our Order is open for viewing to the public in Tarasac. We encourage visitors not only to come and enjoy the architectural magnificence of our guildhouse (currently a level 4 vast and splendid) but also to learn about the teachings of our ancestors. Feel free to browse through the riddles posted on the four Gates. What do they mean to you?

By traveling through the Western gate you will descend into another vast room. It is here where the Mountain Lord or his steward will regale you with tales of wars long forgotten outside of the Order walls, or lead you in some quiet contemplation and meditation. On its walls are some priceless murals and engravings, the most impressive of which stands behind the dais and the speaker's chair. At no small expense this has been restored. It depicts a Dragon and a Lion locked in a death struggle, with each one's fangs sunk deep in the shanks of the other, forming a perfect circle. There are also many statues of nameless forgotten warriors, and of the Eight Gods. Enjoy them but please stay behind the ropes. They are quite expensive to refurbish and maintain.

There are secret chambers for members only as well. Our Treasury and Storeroom are off limits to outsiders, as well as the living quarters. There are tens of rooms hewn into the living rock where our senior members are granted apartments and our staff resides full time. There are also meeting rooms with further secrets deep within the complex. These are available only to our full members.

Houses of the Order

These are the Oaths that must be recited before the Lodge of Eight in the presence of all the members of the guild. After reciting them a Blue Lantern is accepted as a full member and becomes a Sai-Lo Initiate.

Here are posted the contemplations of some of the more senior members of the Order that have allowed them to advance from Sai-Lo Master to Tai-Lo Initiate. They do not necessarily reflect the official opinions of our Order, but rather the meditations of our individuals.

Boba, contemplating the writing of the Western Gate-"On the narrow road of the element of metal, you must be careful. Of any two paths, it is clear that there is no impediment on the one which leads to the West."

Conall, contemplating our motto-"Yin and Yang united produce everything by metamorphosis."

Gorka, contemplating the message of the Northern Gate-"North at the sign of Barad Falas, the element of water is deep and difficult to cross, but in Rauxod and Eaglin there is a road by which you can travel."

Daddy, On the Western Gate,

Morrigan, On the Northern Gate,

hikaru, contemplating the message of the Southern Gate-"The Southern road to the element of fire is hot, but in the distance, Stargard, Riverholm and Strombran it is cold."

Remarque, contemplating the Eastern Gate, "To the East where the element of wood stands it is difficult to go. Sun, Moon, mountains and streams all come from Eastern seas."

Tsubasa, contemplating the riddle of the Western Gate,