From BattleMaster Wiki
Jump to navigation Jump to search
Mesh is a free democracy on the western coast of Beluaterra. 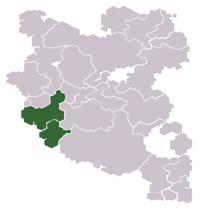 A realm almost as old as the continent itself, it has fought undead, monsters, and men for many ages. With its government offices in the City of Twillen, it has held out against all foes; foreign and domestic.

Even before Beluaterra was known as ‘The New World,’ the land that Mesh now covers was part of an ancient realm. The ancient land’s name and most other details are lost to history, as great many years before the First Age of Beluaterra, this forgotten realm was destroyed by unknown forces.

Remnants of this civilization would later be found by Lord Blaeric in the city of Poitra.

Few records have been kept from early Meshian history. Founded in Twillen, the region was rescued from an undead horde by a group of Nobles from all around the world. One of these was Dargon DragonHeart, a young noble who would go on to become Mesh’s longest serving Chancellor. Under both his predecessors and his rule, Mesh established itself as a military powerhouse and a mercenary realm. Sought after for its skill and heroism in battle, it found itself respected even by those it fought.

During the first undead invasions, its heroism was further affirmed, with its Nobles and soldiers giving their lives to allow others to retreat from the darkness towards the sea. Of particular note was Mesh’s defense of Reeds, where the Meshian Army made the Undead take hundreds of casualties for each mile of ground they advanced.

Following the last undead invasion, Mesh set out to reclaim the lands it had lost to the darkness. Regions from Reeds to Hoelorr had been ravaged when mankind had nearly been pushed into the ocean. With bases in the cities of Poitra and Joppo, Mesh devoted itself to rescuing the remaining citizens, and helping to rebuild what the undead had destroyed.

In the modern age, Mesh gradually put its mercenary history behind it. Devoting itself to its democratic ideals, it embraced concepts like sovereignty, freedom, liberty, and equal justice under the law above all else. When Beluaterra’s first organized religion, The Path of the Great Dragon, was founded in the realm, Mesh became the first realm to embrace the concept of separating church and state. The Path of the Great Dragon lost its temples and priests during the height of the daimon invasion, but was resurrected as New Way of the Dragon.

Mesh strives to be a bastion of freedom and liberty, which can be most recently be seen in many Meshain unit names.

Mesh during the Daimon Invasion

Mesh set itself apart during the Daimon invasion. We opposed the daimonic forces at every turn and were almost destroyed several times for it. At one point Mesh was reduced to the capital of Twillen and a few other central regions. Under the leadership of our Minister of Defense Tarajist Balewind we quickly mastered methods of slaying the daimons.

Mesh in the Fourth age

With the decrease of Daimon activity, Mesh turned its attention towards Vlaanderen. Vlaanderen had collaborated with the daimons against the rest of humanity. With the help of neighboring realms, Vlaanderen was finally destroyed. Following the destruction of Vlannderen, Mesh worked to destroy the daimon nests that were scattered throughout Beluaterra. Lanngetti was freed from Daimon control and the daimon portal in Jobo's Mouth assaulted.

Mesh during the Fourth Invasion

Just as with the previous invasion, Mesh set itself apart by opposing the daimonic forces from the beginning, along with Heen and Hetland, the lone other realms to do so. This time, humanity proved too divided to hold fast against daimonry and between that and the wish of the daimonic forces to settle old scores for Mesh' past actions against them, Mesh stood little chance. That did not stop her holding her ground though, proudly and solemnly readying herself in Twillen for the a great daimonic assault even as her other cities were driven rogue. After several massive battles in and around the city that took the lives of several Meshi nobles, Twillen finally fell on 16th July 2010.

In Mesh lots more things go on in most realms. Want proof?! Look down....

The Meshian democracy is somewhat less centralized than most. Instead of the Council running most of the realm, an expanded Advisory Council, in concert with the initiative of regular nobles, handles most of the day-to-day activities of the state. Much responsibility is further delegated to Marshals, Dukes, and Lords. There is little campaigning for office; being elected to a position is generally seen as being assigned a duty and an honor, rather than winning prestige, a title, or a prize.

There is no state religion in Mesh. However, some religions are outlawed, such as The Church of the Living God, The Blood Cult, and Daimon Worship.