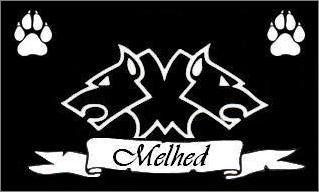 Melhed is many things. Depending on who you ask you'll hear a wide scope of tales. Their history is punctuated with bloodshed and wonder. People will tell you of savagery, of good humour, of the danger they pose, and needless complexity. You will hear they are peaceful, they honour deals and hold grudges, even as others curse their warmongering, scheming and benevolence. In fact the only certain thing about Melhed is that you'll get no one answer.


That's because there are two.
Melhed is the result of balance between two opposing ideals, the Wolf and the Sun. The Republic is known to be wise, honourable, dependable, and ordered; but just as the other nations do not know that they are cultured and learned, they do not know of the less ideal traits. They are wise, and they are cold, they are honourable and they are byzantine, they are dependable and they are brutal, they are ordered and create chaos. The Melite people have long walked a delicate path between the light of the sun and the dark wolf in their hearts, between civilized idealism and brutal savagery. They know what they are however, and face their choices without justification, without trying to hide behind false pretenses.

Melhed is thus a land balanced on the knife's edge, between the wolf in their heart and the sun in their mind. Between compassion and savagery, between the desire for blood and the tears that follow. Without the balance, without both aspects, the land would not exist. The people remain passionate thanks to the wolf, and enlightened from the sun. Too much passion and all will be destroyed. Too much enlightenment and the cold mechanics of it all will shatter. Thus Melhed is not one, but two.

Life in the north is heavily coloured by the opposing ideals of the nation itself. Though the people maybe ordered in four social rankings, the interplay between those ranks is both savage and enlightened. On first glance the stratification of society keeps the masses under the thumb of the oligarchy. The laws are written in favour of the high, and office is barred to the lower ranks. However though officially brutal justice is enforced, magnanimous justice is practiced. The wealth of the ruling class flows not from the Patricians, but from the Equites, the Plebeians, and even the Foederati. Thus to protect their interests the lords keep close tabs on any interference in their provinces. Justice is maintained for good social order and efficiency, and for the coldest of hearts it is motivated by personal wealth. Like many things in the north, it is unwise to use first impressions, there is always a deeper layer for the observant.

Melhed encompasses a diverse range of peoples divided into four Strata with distinct responsibility in the hierarchy of the nation: the privileged Patricians, the wealthy Equites, the industrious Plebeians, and the wild Foederati.

The day to day affairs are difficult enough so trouble is usually limited, there just isn't enough time in the day to work, relax and murder your neighbour, especially with so many other things to kill. Since many of the beasts and monsters stalk the night, most people tend to remain indoors once the sun drops, save bravado's and the bored. Rising with the sun, if not a little before, the morning is left for work. Why oddly enough even the patricians are up to see the sun rise, dawn is a major event for all.

By noon people are left to a little leisure time, even the senate closes down to enjoy the warmest parts of the day. Gladiatorial games are the preferred past time of the mob, though when the arena remains empty people find their own sport. Hunting monsters is considered a worthy pursuit, and helps the militia keep order. Indeed basic life skills in the form of games are so common most don't even think to mention them. While leisure is spent outdoors most work itself is kept within warm walls, if it can be helped. The winters are brutal, even summer isn't the most pleasant, and threat of monsters hardly makes a job outside a long term prospect.

Once winter sets in everyone who can stay indoors does so, which explains one of the strangest forms of entertainment, formal debates. Melites are passionate creatures, and the long time trapped indoors results in short tempers. To help alleviate this stress, and keep bloodshed to a minimum, the people are encouraged to duel with words. Even the poorest of Melites understand the basics of such debates, though their work is of far lesser quality then the halls of the senate, it is pervasive across the social strata. Interestingly the result is a fairly well educated people, or at least a substantial number interested in scholarly pursuits.

With life as difficult as it is, there are two unusual social results. First childhood lasts about as long as it takes to wield a weapon. Too many things find small prey tasty to allow a prolonged, special, childhood. Second is the role of women. In the ancient days of the tribes and empire life was too much of a struggle, every person with an axe was needed. As the bloody times of the imperial period shifted to the republic women were pulled more and more from the front line because of one fact, there weren't very many of them. Even after all these years the ratio of men to women hovers around five to one for the lower classes, and seven to one in the upper. As a result only the most successful of men have even a chance of acquiring a wife, and everyone knows it. Perhaps because of this, but the most successful men of the republic also happen to be the ones deemed most suitable to wed. The question is if they attract the attention of women because of their position, or their position because they attract women. Either way the ladies have not remained passive in the political spectrum. Though removed from the front line of the fighting they have taken to safe guarding their interests and keep a close eye on the political landscape. Wielding their rarity as a formidable tool in their political efforts, and often naturally gifted in the subtle dance, many of the highest offices have long been dominated by women. The other thing of note is that despite the complex barriers between the social classes, marriage remains an exceedingly easy way to rise in rank, for a woman.

The people take solace in a multitude of faiths and rituals but two stand out among the rest: the humanist Old Gods, and the unifying Valentic Order. The tension between these two faiths has long tugged at the hearts of the people, with one focused on the material world and the other the life after.

The vast dominion of Melhed have one unifying concept at their core: cold. From the farthest icy reaches of Lin Helon to the relatively temperate Fronepu there is not one part of the domain not touched by ice and a bitter wind. Despite this, the west sees an expansive forest, the Wailing Woods, so thick it blocks the sun even during mid day. To the east is the vast Emerald Plains where the majority of the farming takes place. To the north tundra takes hold, the icy ground never thawing but warmed somewhat by the Bay of Souls. The Gold River weaves down from the Roof of the World mountains bringing water and wealth to all at the great capitol Agyr.

The northern lands have tried many forms of government over the years to guide their passionate vivacity. The Pontefix of Flame established the first foothold in the city of Mhed through religious fervour. The Empire of Sun commanded absolute obedience to the God Emperor Tsu. The Republic of Balance saw all Patricians having a say and prosperity unrivaled. The Tyranny of Wolf saw warfare and violence used to force compliance.

The expansive library complex that is the Agyrian Academy is a centre of learning and information unrivaled in the world. The many departments and scholars have undertaken the near impossible task of understanding everything from good governance, geography, history, the nature of reality, studies of inhumans and more beyond. There is nothing they have not uncovered.