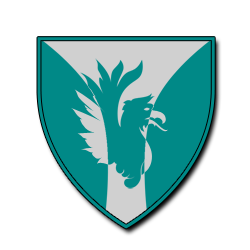 The Turner family hails from Evora in the East Continent. Long simply one of the few more noble families, the Turners have given loyal service to the Counts of Evora for many generations. Perhaps owing to the turmoil of the region in recent years, several members of the family have left the home estate to serve various causes; notably the Kingdom of Old Grehk in Beluaterra. The Turners have a longstanding connection with the Tanos Family of Poitiers and the Iltaran Family of Bruck. At present, Michael T. Turner is the Head of the Family. The Turner family also shares a close bond with their cousins from the Lionheart Family.

Emperor of Old Grehk
Formerly, Bronze Feather of the Order of the Golden Feather
Grand Cleric Ecclesiast of Church of Humanity

Margrave of Vozzessdor
Formerly, Black Mantle of the Order of the Golden Feather
Knight Champion of Church of Humanity

Earl of Bruck
Grand Cleric of Church of Humanity

Knight of Bruck
Knight Templar of Church of Humanity 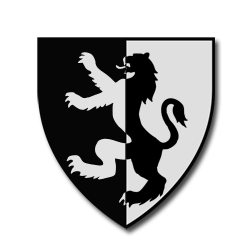 The Lionheart Family hails from the farming town of Bruck of the East Continent. The family has long served the realm of Westmoor in its past. All the current children of House Lionheart are currently or have once servered in Westmoor. Constantine Lionheart started his career as Knight of Westmoor before travelling to Beluaterra to serve the realm of Old Grehk under his family friends, the Iltaran Family, as did Nidor Lionheart. Now only Feoran serves Westmoor and Aragorn has moved on to support his brother Nidor in Old Grehk

Lionhearts are cousins of the Turner family and are close friends of the Illtaran and Tanos families.

After the death of Constantine, Nidor took over as head of House Lionheart and has since moved the family Estate to the region of Kell in Old Grehk, a region which has been in the Lionheart family for some time.

Constantine was the eldest son of Arutha Lionheart and Carline Turner. At the age of 21 Constantine was granted the honour of a knighthood under the realm of Westmoor. Constantine spent little time there before the call for adventure was too loud to ignore. He gained permission to leave his reasonability’s behind and set sail to East Continent. He sent a letter ahead of him informing his cousin and family friend on the East Continent that he’ll is on his way with his brother Nidor.

Once Constantine arrived in Old Grehk he served under his cousin in Kell. It wasn’t long until his cousin was called elsewhere and Constantine was left with the Lordship of that region.

Sadly like most of Constantine’s life since the age of 21, his command over Kell didn’t last long, by the age of 26 the undead forces on the East Continent had started their invasion against Old Grehk, Constantine and his brother was called into many battles defending the lands against the undead forces. In the last battle, the battle of Ossmat, Constantine stood with a few of his fellow brothers and sisters in arms, all of them were fatigued from the previous battles and left with only a handful of men...the battle of Ossmat was lost and Constantine was captured by the undead, he was locked away and tortured, when he still refused to give up any secrets about the Old Grehkian defences they had him executed.