The Sultanate of Asena is a monarchy situated in the North-western lands of the East Island, with Kazakh as its Capital. The Realm has its origins from Fontan, and was founded in the peak of their existence during the war against Old Rancagua in the Omskian Penisula with Sultan Korkut Kalkandelen as the first leader of the Sultanate. In its infancy, the Sultanate was looked down upon, a puppet-state of the large Fontanese Democracy, but against all odds it parried the waves of Perdan, Obsidian Islands & Sirion who came in the defence of Old Rancagua. In the end, they were all nullified under the Iron Fist of the Wolves of Asena and our Fontasene allies. The Sultanate pushed forward and brought Old Rancagua to its downfall and conquered its lands. And now, the armies of our Sultan are in seized in an everlasting war with the Elven Republic of Sirion.

The Sultanate of Asena has four positions on its high council. The realm is led by the Sultan, its military commanded by the Pasha. Law and administration is led by the Grand Vezir. and Trade and Economic management is headed by the Defterdar.

The Sultanate of Asena prides itself on its military discipline. Matters and strategic decisions are made in the realms Divan-i Harp, which includes The Sultan and high Council, Marshals and Lieutenants, The Dukes of Asena, and a few other notable inclusions

The role of Diplomatic relations lies primarily on the Sultan. However, from time to time, other councillors may make agreements with other nations.

The Sultanate of Asena currently has two newspapers in distribution. They are:

Our country is still young, as we age this section will be updated 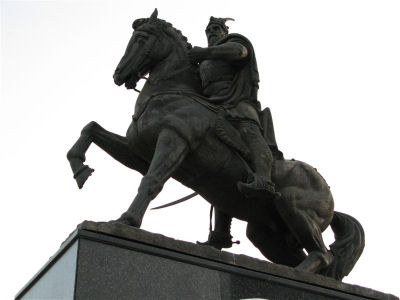 The last region of SoA was lost when peasants of Pucallpa revolted. During the Great war, Sirion attacked the capital of SoA to bring the realm to its knees. After destroying Kazakh, Sirion attacked Oroya to finish SoA off leaving only Pucallpa. The majority of nobles joined newly created realms of the south to avoid bounty hunters.