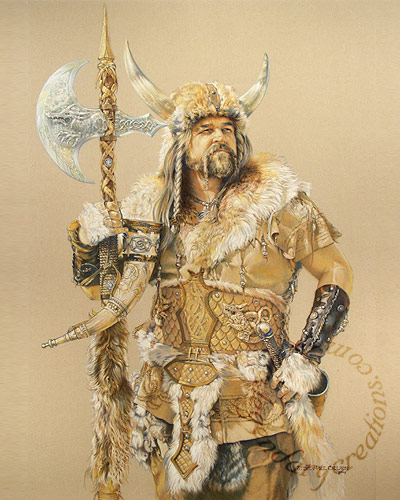 Saguar Arakiss, Count of Ffangor, on this picture with an axe and a dagger up his belt.

Saguar is the youngest legitimate son of the House Arakiss. He is also the most quiet one of the sons of Arakiss. Considering his age, he has matured earlier than his brothers; probably because he had the opportunity to learn from them, whether by their good deeds or mistakes. As such, he has searched for honor and loyalty all of his life; his goal was finding a realm that is worth fighting for and worth dying for. He has always been known for his strong spirit, excellent swordsmanship and the refusal to give up. Because of that he found respect wherever he went. 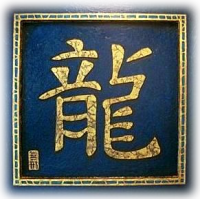 Banner of the Old Grehkians.

First, he has joined Arcaea on the distant continent known as the Far East. Although Far East and Arcaea were fierce entities, their love for poetry, art and a tendency to talk days about one thing but not saying anything important, was just too much for Saguar. After hearing his eldest brother Asterion talking about Beluaterra, and especially the Kingdom of Old Grehk, he has made a decision to go there. At that time, Old Grehk was a realm on the brink of destruction; daily invaded by the Sintian war dogs and the treacherous Neo Grehkians. He quickly realized where his services are needed the most, and has boarded a ship to Beluaterra as soon as he could. Old Grehk was a realm that had withstood the sands of time against all odds. Sintians, along with Daimons behind them, and Neo Grehkians on the other side - how Old Grehk managed to survive so far Saguar often asked himself.

One day when Saguar fought on the plains of Kell, an infiltrator from Neo Grehk tried to assassinate him. At that day, at the age of 17, Saguar tasted the cold breath of death itself, which was an experience that changed his life. In the blurry marathon back to Ossmat while being hunted by the Sintians, he met a priest of "The Order of the Golden Feather", named Mikha Tyr-Sog. In short, Mikha saved his life on that day, but also gave a religious meaning in Saguar's life, as he joined "The Order of the Golden Feather". From the Golden Feather dogmas, he was especially impressed by the Duellist - a skilled warrior that once lead the army of Old Grehk. He was especially famous for his twin-blade style, which Saguar learned and started using in battles.

After a short time he spent in Old Grehk he was already appointed as a Count of Ffangor. Such an honor was given to him mostly because of his loyal service to the region that he now commands. When Saguar first came to Old Grehk he decided not to serve the most wealthier regions, but more those that needed his services and that few would accept to serve. Now his patience and noble and just intentions gave him an honor that even some in Old Grehk, who were there much longer, didn't manage to achieve.

Ffangor was a region that suffered heavily in the Daimon invasions and most of the people have fled from there, or were slaughtered by the hands of the unholy. However, that land stands as a unique region of Old Grehk or probably the entire northern Beluaterra, as a rural region that is fortified with the palisades. The palisades were built in the days of old when it was possible to build walls around agricultural region, which today is no longer the case.

After a while Saguar decided to depart from Old Grehk, as the monarchy has started to fall into boredom and inactivity; which did not appeal to him. He then traveled to Atamara, the land of his ancestors, and joined the realm of Eston. When his army moved through Cagilan Empire lands, he went to hunt to keep him up in shape, where he was bitten by a snake of the unknown origin, and the wound was unfortunately poisonous. He died on that day, very close to his family home region. He died in the region called Rauxod, the region that was ruled by his brother Reginauld who went mad. It seems that Rauxod is cursed for the sons of Arakiss, but at least Saguar died near Calis, on Atamaran soil.