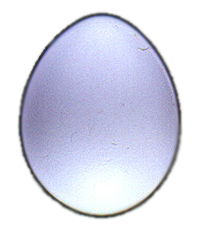 Omniovoism - To follow the ways of the Great Egg

The ways of the Egg

The Great Egg represents, the one source of the life force, that takes shape in all living beings.

Followers of the Egg, understand that man is one with, and tied to the natural world, and follow the three Truths.

Power is not derived from brute physical strength but from knowledge. One must understand that they are but a small part of the greater world. We are born from the Egg and when we die, we all return to the Egg. Only when one understand the ways of nature and the ways of the Egg can they truly be powerful. All other forms of power, political, military, are temporary. Only knowledge is permanent.

Building the wisdom of the Egg is the greatest calling for any person, be they noble, or a simple farmer, all can contribute.

Being honorable gives a sense of purpose and rightness. An individual with a purpose who knows he is right carries with him more strength than all the armies of the undead.

The afterlife is naught but a myth. To live on and achieve immortality, you must be remebered in the minds of others. For when your life flickers out, the elements of your body returns to the life source. All that is left is a memory. How fragile it is depends on the life you lead.

Through this process of renewal, new concepts spring forth, free from the dead hand of superstition, but shaped by new contributuions to the wisdom of the Egg.

News of the Egg

Followers of the Egg

The Speakers of the Egg

The Keepers of the Egg

History of the Egg

Born in the woodland of Ypsilanti by Capt Deadmeat , after a long meditation and a search for a sacred spring, that visions had told him was to be the source of all life in all the worlds.

The First Temple of The Egg, the temple of the Sacred Spring, was built in Jaekind. The Temples of the Mighty Mountains, and of the Great River have opened in Reeds and Yokk.

Enemies of the Egg

Plunge Fireborne - For attacking the leader of the faith.

Martyrs of the Egg

Zaimis Kalavryta - Fell protecting the shrine in Weghie against the undead. A loss to the realm and the Egg.