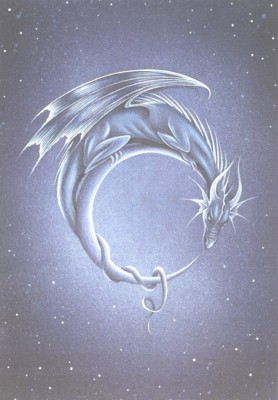 The Dragon Family history is still fairly short and somewhat uneventful. The Dragon family originates from Chato, Atamara and is known for its fierce yet loyal warriors. The most famous of the family are Grom - The Water of Origin, Tempest - The Storm of Creation, Edge - The Fire of Destruction, Seraph - The Light of Hope, and Zephyr - The Wind of Change.

The Water of Origin

The oldest and most skilled of the three Dragon brothers. He began his career in Falasan and has been a loyal servant of the King and Council. However he has recently been questioning his place in the realm and wonders how long he will continue is service to the realm. Falasan is currently in a 3 vs. 1 war and Grom sees a dark time ahead for his realm adding more to his thoughts of finding a new home.

The Fire of Destruction 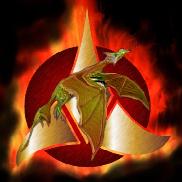 The youngest and possibly most ambitious of the three Dragon brothers. He began his career in Oritolon and quickly gained respect for being kind and wise. When he first started his career in Oritolon he was not too happy there. But now he has been there for a long time and has come to know Oritolon has his home. However his true goal is to become the most skillful infiltrator on the continent and to make the very mention of his name strike fear into the hearts of his enemies.

However as times change so do people. As time progressed he steadily became more and more unhappy with his "home." He became sick of the pointless war against Alebad and Alowca. He realized that there was no way to win the war and sick of seeing his men and friends die he decided to leave for a new home. And so he ended up in Old Grehk where he was somewhat (because of his family ties in Avalon) warmly greeted and he instantly felt at home.

The Storm of Creation

The middle and favorite of the three Dragon brothers. Perhaps the only one of the three who is truly happy with his current home. Began his career in Fontan and instantly fell in love with it. Tempest is the most loyal of the three and is willing to fight and die for what he believes in. He was appointed Count of An Najaf after only a short time in the realm. He was very loyal to Fontan but after a few people whom he considers friends opened his eyes he was able to see what Fontan had become. And so when Light of Fountain was seceeded from Fontan he decided to follow his friends and see if it would be better there.

The Light of Hope

Walks the path of light. Seraph has a good sense right and wrong and an even stronger sense of justice. He began his career in Fontan but soon discovered that Fontan was not the place for him - conflicts with his ideals. He then joined the Light of Fontan and took it upon himself to try and spread the new religion across the continent and what better of a place to start than the (at the time) spiritual center of the continent, Ibladesh. However after a series of unfortunate events he found himself participating in a failed rebellion against the current government and has not been allowed back since. After spending some time in Caligus, Light of Fountain was seceeded from Fontan and he decided to rejoin his religious brothers. However he feels his time is coming to an end there. He has done his part for the realm and the religion and there is nothing left for him there and he will soon set sail for a new life.

Reason: Member of a failed rebellion

The Wind of Change 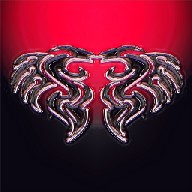 Currently the only girl of the family in an active military career. Began her career in Falasan in order to try to find out what happened to her father Grom. He had disappeared without a trace sometime ago and Zephyr is determined to find out exactly what happened. Rumors say it had something to do with the fall of Drachenwald but those are unconfirmed rumors.

Below are not all of the duels the Dragon Family has taken part in but the some of the most recent.

The most recent tournaments have been recorded here: