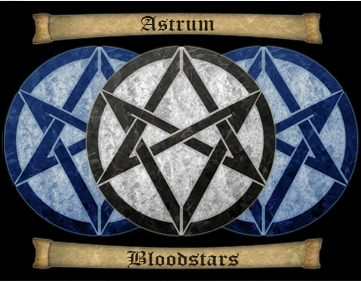 Hey guys, I came across this while looking through some old banners I'd done. Just thought I'd out put it out there if you're interested. -- Shenron 14:36, 11 November 2011 (CET)

I think it's supposed to be a parallel to The Ordermasters of Morek. But yeah, it might do us better to stick with Ordermaster or something else entirely. --Hystrix 04:09, 17 May 2008 (CEST)

Yes, I can see that it is meant to mirror Morek. But my point is why are we celebrating the generals of Astrum? It is a theocracy, and the judge is the representative of the religion in the realm. Shouldn't we rather have a section commemorating them? Or the Vasilisa, as the leader of the faith? --Indirik 14:12, 17 May 2008 (CEST)

Comparing to history, I see Astrum as a combination of Christian Crusaders which cannot be denied due to the names of the armies and a devout influence of Sanguis Astroism, and Ancient Greek culture, which is seen in the names of realms council and the "mediterranean" position on the map. That is a unusal mix, but a positive one, as we wouldn't wanna play by the history books. This page has many flaws.

- the realm page has been done parallel to the one of Morek, but I find that to be uneccessary. In my opinion the section Notables of Astrum should be completely removed, and the first seven explorers linked in a new page. The official in-game text could be added in let's say the Begining Section and a link to the explorers added.

- the top banner is too big and should be scaled down a little bit. The picture Astrum_cities.jpg should also be removed and put in a new page, as it takes too much space and the realm page looks endless due to it.

- more text should be added to sections Government and History, and Strategos, Fiduciary... should be linked to a new page where nobles who held the title should be chronologicaly stated.

- Festivals and Holdays section are great RP addition, but in my opinion should be places under Culture section. Armies should also be redesigned a little. :)

- Legends are a good addition, but they should be filled with some of those RPs.

- for the Regions of Astrum a template should be made (I don't know how to do that, otherwise I would already).

- I would like to have a section in here for Laws and one for locations of the different Paraphernalia locations if that is acceptable of course. --Brakus

Personally, I dislike paraphernalia lists. They have a tendency to become outdated and inaccurate. All that info is available IG to anyone who cares to look. I don't like enabling people to be lazy just because they don't want to bother to look for themselves. Still, if you want to add one, knock yourself out. --Indirik (talk), Editor (talk) 16:13, 19 August 2009 (UTC)