The Jaron Family originate from a long line of warriors. The leaders of the family decided to settled down in a mansion in Winser. They are currently three brothers,, Jandh, Jaret, and Johan all of them studied under their grandfather, Jacob and father, John. Jian is a bastard son of John, the current patriarch. The Jarons have an adult initiation rite that is unique to them. Once they reach of age, they will climb Mt Sinclair, the holy Volcanoe of Sigrid, Lodril and Darka. Once they reach the top, they will smear their face with ash of Darka and purify themselves by burning their clothing in the fire of Sigrid and and bath themselves in the white sands of Lodril in order to obtain the favour of the three gods. Once they return to Winser, they are given a new name in memory of the old patriarchs of the family.

The Jarons are fond of the path of the Hero. Many of them will choose to end their lifes by dieing on the battlefield. They see it as the purest form of death. 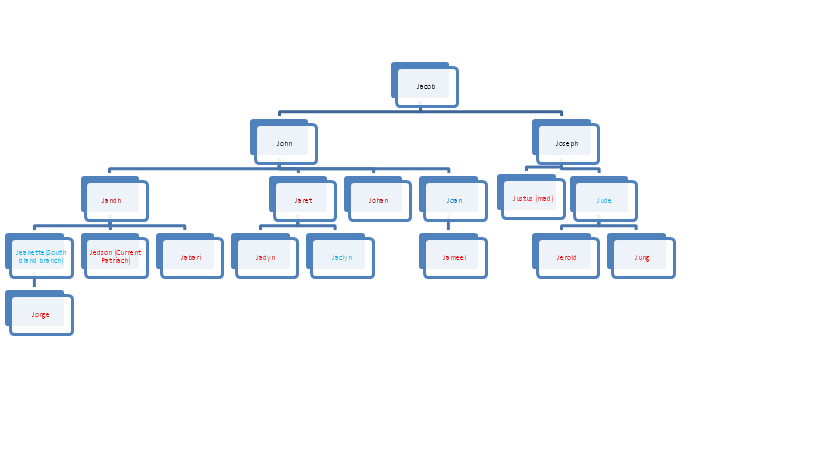 Justus the Brave, cousin to the three brothers (driven mad)