(OOC This is a note on the general appearance of Jenred Bedywr in different situations, to save me the time and others the eyestrain of reading it time and time again.)

About six feet, very long (waist length) hair, originally raven black but completely silvered as of his 50th birthday. Somewhat mixed Mediterranean/Greek/Arabic complexion. Eyes are an odd cinnamon colour, that seem to glow when he feels strong emotions. Build is odd...Body type looks to be the wiry sort, but decades of wearing full plate with his men have given him /very/ broad shoulders and hefty muscles.

Whether in formal court wear, usual leathers, or full armour, always has a Phoenix emblem on his left breast, and under this emblem, a secret pocket lies where he keeps a braid made from his hair and the hair of his wife, Edara Kindon. This pocket also holds a small portrait on ivory of Edara. Belt always carries a watermark-steel sword of the finest craftsmanship gifted to him from his old friend Aerywyn Haerthorne which now has a strange rainbow-like reflection (Red, blue, orange, green, silver and purple) from a visitation by what he believes to be several powerful Aenil, and a watermark steel belt-knife with a red-gold hawkshead with ruby eyes from Edara (wedding present). Hawk-in-Flight pendant in red-gold with rubies for eyes, also used as his official Seal as King of Arcaea (the Phoenix is his personal emblem as Sir Jenred Bedwyr). On his right hand, he has a hawkshead ring (red-gold, ruby eyes, engagement ring), and on his left, a pure gold ring, braided on the outside, smooth inside with an inscription (Amor Verus) on the inside.

Uses a cane made from a dark brown wood, smooth and covered with a shiny finish, with a (you guessed it) hawk-in-flight head made from red-gold, with ruby eyes.

Bright red-orange flame-coloured leathers with his personal phoenix emblem picked out on the left breast. The crown is red-gold, with six rubies on prongs, representing the six duchies of Arcaea. Hair falls mostly loose, in very light braids with strands of pure silver and pure gold woven in as highlights.

Battle (yes, even in battle he has the rings and pendant, pendant worn under armour and rings tucked in pocket with braid and portrait)

Full plate, enclosed helm with sight through thin grills, often has a mace if expecting heavy armour on the enemy. Hair in a thick braid curled under helmet for additional padding.

(This is a picture that captures Jenred's essence quite nicely.) 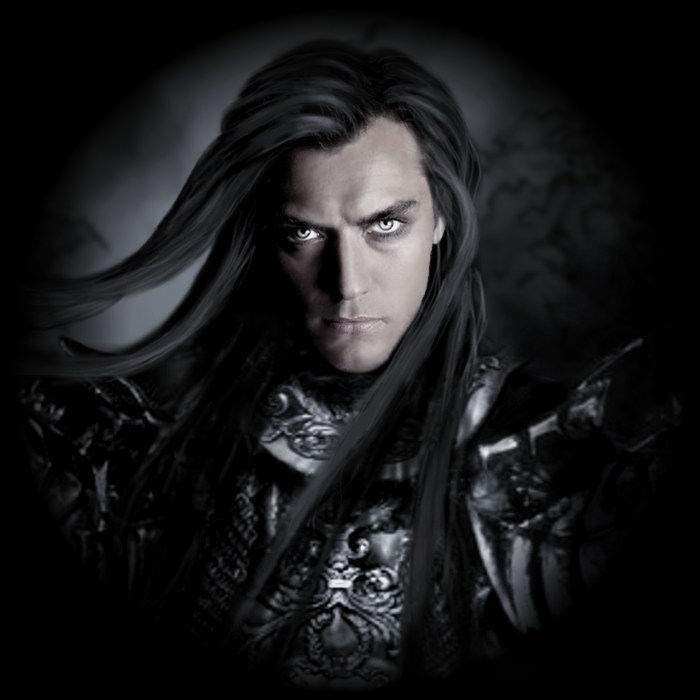 (This is a rough approximation of Jenred formed on Second Life. The clothing is non-canonical, but does represent the sort of...Style, I suppose, that Jenred might wear.) 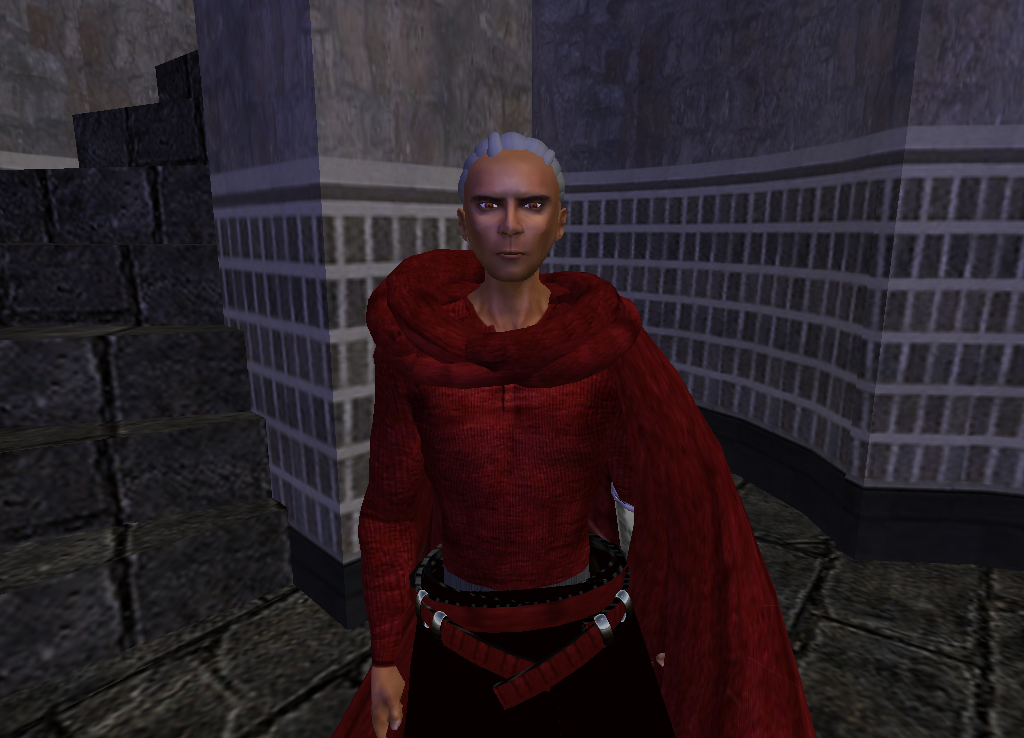