Mt. Black Nastrond, a dark mountain ominously looming over Nifelhold. The mountain is also a natural choke point, as there are 2 rivers running down from the mountain, like two streams of tears running down a face. One to north-east called "River Nifel", separating White plains and Rye from Torrents Breath and Storms End. And one to south-west called the "Black River", separating Nifel from Muspel. Making Mt. Black Nastrond the only path (by land) from north-east to north-west. The region was also the first line of defense against the northern rogues. It stood firm for many generations. The sacrifice of many upon its slopes shall never be forgotten, and the mountain also bares a nick-name amongs the commoners as "corpse-shore". It's position is still key in defense though as a choke point to Nifelhold from the north-west and as a mountainous land. 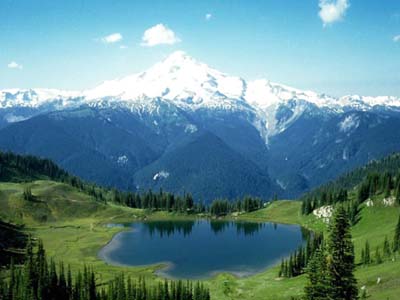 And also a promising trade route, the region exports metal and stone, region itself is not suited for crop growing and what little food it produces is likely in majority got by hunting and fishing. The people here are a stout and hardy folk. They are also renowned for their masonry and carving. All major architecture in this part of the world has been worked on by at least one Nastrondian mason.

One example of the skill of the masons is displayed by a monument overlooking the settlement and the main roads. The monument is a great slab of black marble. It is a honor dedicated to all who have defended this mountain. And theyr names are inscribed onto the stones.

Mt. Black Nastronds main source of water comes straight from springs that are found plentiful along the mountain. Vodkas distilled here use those pure spring waters, makeing the drinks taste more pure and more healthy. Vodkas and spirits of Mt. Black Nastrond are rather renowned for theyr strength and purity within the neighboring regions. Vodkas, spirits and mead are essentially the only beverage brewed on the mountain it self. Sense the amount of crops produced on the mountain is minor, beers and vines are imported from other regions, makeing the cost of such drinks higher than usual. Which in turn results in the population imbibing alcohol sparingly.

Lack of cheap liquor to ease ones burden. Most of the people work as miners and stonemasons, whose work mainly takes place in the embrace of the mountains cold stone bosom. Pluss the thin air, cold strong winds, that bring the chill right through most garments, gust at any given time.

The mountain of Black Nastrond is a harsh place to live. Harsh climate, lack of cheap alcohol, hard work, and frequent invasions of monsters, bandits, necromancers and other forces. This place dosnt tolerate weakness, and people are forced to grow strong, stout and sturdy.

Here is the list of names that are inscribed on to the black marble stones, to honor those who have defended the region. As the first stones was created under the rule of baron Raimond, in the beginning of spring of the year 6, all the previous soldiers who have fought yet whos names have not been recorded or the records have not been preserved, are honored with a blank slab of black marble.

Men of the Mountain

Heavily armored infantry. Men of the mountain are mostly used as guards, and line holders. Men of the mountain are usually assigned as front line tanks, they fight off the enemy, while other forces prepare to charge, or assault at the enemy from range. Equipped with heavy body armor and a thick square shield. For weapons they use maces, flails, warpicks, or at times handaxes. 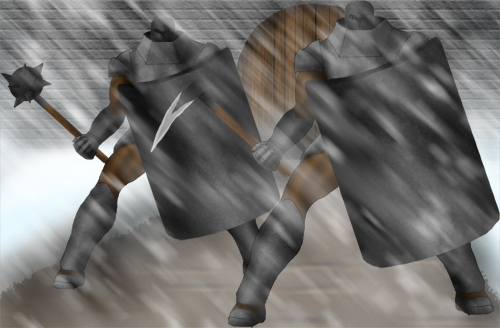 High offence infantry. Virtually the opposite when compared to the Men of the mountain. Raven feeders, name comes from the concept of a warrior, the ones who feed the ravens with the corpses of theyr enemys. Although they lack a shield, which is uncommon for infantry to compensate that they are equipped with a moderate body armor, which is not too heavy nor to thin. For a weapon Raven feeders yield usually a spear or a glaive, some times they are equipped with warscytes or halberds aswell. 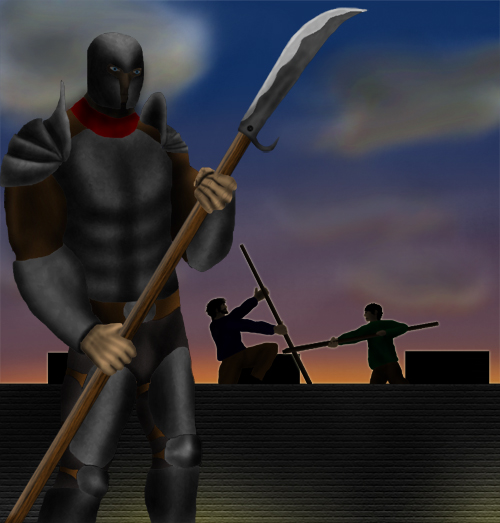