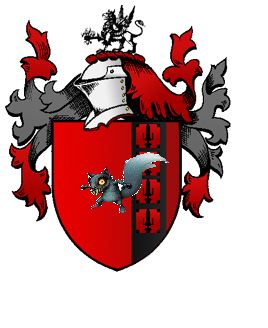 "There is a fine line between genius and insanity. We dwell on the insane side, and occasionally hop over into the genius side, grab some things, and take'em home with us."
"We're WCC people, lunacy is our job."
"Prophesy, genius, insanity, squirrels... they're all synonyms."
"I bet most people dont even know who's in the WCC. They probably think we just sit behind desks all day, and come up with genius plans."
"Agenda Leader: "So, what do you guys think they say about us?"

Now that I've destroyed any prestigious reputation we may have had, allow me to rebuild it. We joke around and have fun, and thats, to an extent, our job. We have to think in ways no one else does. We have to figure out how our enemies think, and know what they will do before they know what they will do. We have to prepare for every possible scenario, the best and, especially, the WORST CASE. Now, if we always think logically and sensibly, we'll never find the worst case. We have members who are little more than a pile of green ooze given a title, and who claim they are descended from peanut butter(AKA-insane people), and members who are logical, rational human beings. Every point of view is an absolute must, because we must predict and prepare for everything. And we have plenty of fun while doing it.

The purpose of the Worst Case Council is to predict and prepare for the worst possible future scenarios, to be a think-tank to plan and theorize. Our job is simple: be professional prophets. We use every means available to achieve this goal, to give accurate predictions to the Oligarchian government.

Past and Present Figures of Importance