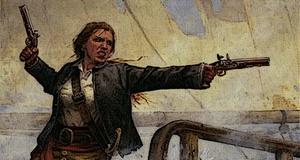 1018
Dean of Economics of University of Dwilight, April
Queen of Earth's Hall, August

1014
April, The Long March Home -- With Niselur overwhelmed by monstrous hordes, Ciarghuala and her faithful Fontanese Guard escort King Falco to exile in Luria Nova at great personal cost before commencing the long journey home to defend their adopted people.

1017
July, All is Confusion -- Monstrous hordes roam the east with impunity.
September, The Siege of Luria Nova
December, The Slumbering Giant Stirs

1018
The Slumbering Giant Stirs -- January, February, March, April
The Northern Kingdom -- May June
July, When an Emperor Falls... -- The unexpected disappearance of Suzerain Emperor Aldrakar leads to a struggle for the throne, complicated by the Lawful Rebellion clause of Luria's constitution. First Imperial Marshal Isabella Pavus seizes the throne in a bloodless coup, then as she is protested from office Lord Aylwin follows in her footsteps only to himself be protested from office.
August, ...an Emperor Rises -- Under the newly elected Emperor Nicholas Archival the long-planned division of Luria into northern Luria Nova and southern Luria Ferrata is finally enacted. Following the division King Matthew Coffey is taken ill and when it becomes apparent that he'll need a long convalescence the Crown of Earth's Hall is passed to Ciarghuala as his nominated successor.
September, The Glorious Summer of Luria
Two Hearts Beating, One Beats the Other -- October, November
December, Westward Ho!

1019
The North Aroused! -- January, February, March
April, Winter Blows Cold in the West!
May, Who Does Death Serve?
June, To Stand United?
July, To The West Once More
August, The Golden Shores of Dusk
September, Regulators and Collectors
October, The Last Days of the Reign of King Bennet
First Amongst Equals -- Following his retirement Suzerain King Bennet is succeeded by Ciarghuala -- November, December