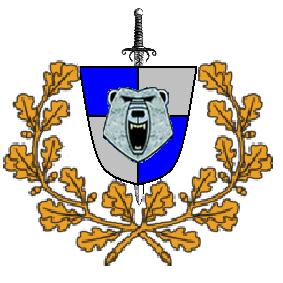 The Björn family have lived in the region of Alaise for generations, however they have only recently raised to the status of nobility on Atamara. The Björn family originally hails from Makar, but were forced to flee during a particularly bloody feud with another family. When they arrived in Alaise (then part of Drachenwald), they were destitute peasants who were forced into serfdom in order to survive. However, due to a great deal of luck, they were able to claw their way out of such a menial life and became a fairly prominent merchant family in the region, bartering in livestock and metalwork.

However, as prominent as they were in their region, and as well off as they were, their lack of noble blood set them apart from the rest of the Great Houses of the Realm. While most of the family was perfectly content to continue to trade in their own small commercial empire in Alaise, a few of them wished to spread their wings and show that the Björn's have the claws of their namesake.

Recently, three young members of the family have liquidated their shares in the company business to try their luck in the world.

Leif Björn - Often discribed as moody, Leif is in fact a narcassist with a major superiority complex. He is quick to blame his failings on others. He has recently risen to the ranks of Cavalier in the Cagilan Empire.

Nils Björn - One year younger than Leif, Nils was always a strange child. Quiet, plotting, and seemingly away in his own world sometimes, Nils set out for Dwilight as soon as his older brother left. He has since found honour and glory in D'Hara, becoming the Duke of Port Raviel and the General of the Realm.

Sven Björn - An adoptee into the Björn family, Sven was the child that the family wished Nils and Leif were. Polite and hard working, Sven was being buttered to take over as one of the Family businesses traders. A Hero of the realm, Sven is currently the Marshal of the Pax Cagila and Viscount of Rauxod in the Cagilan Empire.