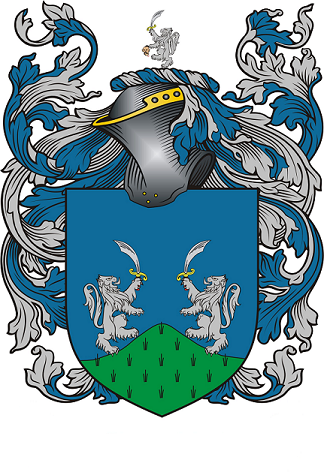 The Arilius Family has a very interesting history. Achilles being born of the gods is said to be immortal. He committed a terrible deed that he is not proud of. He killed the only one he ever truly loved. His hatred for his brother, Hector, was greater than his love for Hermione. He is a lost sole, searching for a land to call his own. He's never been beaten in combat and is feared amongst his enemy. The men that fight with him fight to the death. Achilles father one day wished of the gods that he had an army and the next morning his shores were filled with the Myrmidons. They were born of the gods and have undying devotion to the Arilius Family. Achilles father was ill and offered them to his son in search of war and fame. Achilles appetite for war is unquenched. However, he is beginning to find peace in his new land.

Maximus is Achilles older brother, he is favored amongst the gods. He was given an uncanny ability for warfare and battle. He is not immortal, but is invulnerable. His wife and children were brutally murdered and he wanders the realm in search of their killers. Maximus ability to judge warfare is only seconded by his father, who was a legend years ago.

His father, Augustus, was legendary for bringing a whole continent under unity and defeating many likely assassins. Augustus was kind and just, but was unable to sustain peace. He eventually was overthrown and the empire was squandered through politics.

Out of all his brothers, Maximus has the most knowledge and expertise in warfare. It is foretold that Maximus has a grand future ahead of him, and that one day, he will find his families killers and do to them twice what they did to his family. It is told that he will leave the land of his killers in utter ruin. The people of the land will beg for mercy as Maximus' family begged. But, like his families killers, he will not relinquish the wrath that he will pour out on the land of those who harbor them.

Hector is Older than Achilles, yet younger than Maximus. He too is not immortal but favored amongst the gods. When Achilles was 17, Hector and he had a falling out. The two of them began to hate the other. Hector attempted to take Achilles life over a woman they both loved. But instead, Hector mistakenly took their youngest brother, Pontus, who had dressed as Achilles that day. He was only 15. Achilles responded by killing the love they both fought for, Hermione. He did this as Hector looked on. Achilles had cut her throat as he looked in Hector's eyes.. A great battle broke out between the brothers that lasted for two days. Augustus, their father, snuck up behind Hector and rendered him unconscious. Achilles attempted to kill Hector while he lay there, but his father stopped him, and had Hector bound. Furious, Augustus sentenced Hector to death. As Hector was at the guillotine his father changed his mind for he could not bear to lose another son. Instead, Augustus banished Hector to the Colonies. The family disowned him, and has nothing to do with Hector since the attempt on Achilles life and the taking of Pontus' life. Hector swears one day to kill Achilles for killing Hermione, and Achilles swears revenge on his brother for killing Pontus.

Ceasar is the youngest in the family. He does not proclaim any nobility, but instead, is an Adventurer. He was always a bit of a loner in the Arilius family, thus, had no desires for titles, land or nobility. His passions were simple, kill, and had to find treasures. As the bastard son of Augustus, Ceasar must be granted his nobility, he will not be automatically appointed as such.

Perhaps one day this will all come together, but until then, a family divided, with different lives and different loves.