The von Genf family originates from the small village of Genf in the region of Jagla, Atamara. 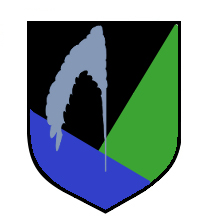 The oldest of the brothers, Joseph was passed over to inherit the family estate as his father found that he did not have enough of a military mindset to succeed in the harsh Taran environment. Instead, he travelled to the Far east continent.

Jos is the voice that Joseph hears in his head. Or maybe it's the inverse.

Olivier, Joseph's younger brother, was enrolled at a very young age in Tara's army where he valiantly and proudly fights. For his impressive skills and unending loyalty to his homelands, he inherited the family estate in Jagla. He later moved to Riombara where he had a brilliant military career before falling to the invading monsters.

Pierre, a young hotheaded cousin of Olivier and Joseph, left Atamara at a young age with ideas of grandeur. He ended up in Dwilight, where he quickly joined Morek. He enjoys the opportunities afforded by a mostly uncolonized land. He puts himself in trouble more than even basic regard for his own life should allow, but somehow always ends up surviving to tell the tale.

Pierre's cadet brother, Gustave was sent to a neighboring estate to train his skills as a swordman in the army. Unfortunately, he could not resist the knight's daughter. When they were discovered together, Gustave was sent back to his family. Stricken by shame, his parents exiled him on the wild island of Beluaterra with strict orders not to return until he could prove them he could act like the noble that his blood make him. In the meantime, they will not recognize him. He died before he could claim his true heritage.

Celine was Gustave's daughter. She was kept and raised from a young age in Atamara, and she went to Dwilight for tutelage under the supervision of her uncle Pierre. When she reached the age of 17, she left for Sirion. She rose through the ranks and is currently Duchess of Slimbar.

Rosaire fights for Darka. He doesn't say much.

* Actually, another character must have gotten the skill point before as it appeared in 2008, but I can't figure out which.

** Either on appointment, or on first battle. I got confused with the death point and lost the exact date.

**** Captured an infiltrator during an attack? That seems unlikely, but I cannot find anything else that happened.

***** It was confirmed by Anaris that adventurer death by monsters cannot yield a fame point. Still, a fame point appeared soon afterwards.'

****** Pierre was buried as a Legendary Hero. However the family already had the Legendary Fame, and a single Fame point appeared.'