From BattleMaster Wiki
< Swordfell
Jump to navigation Jump to search 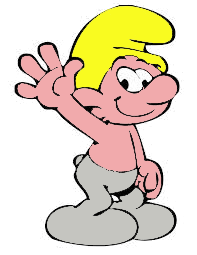 Farfs are tiny little devils that live in Central Toprak as told through the local tales of peasants and nobles in the area. The most popular kind is found in the Divide Mountains. They are agents of mischief and opposition toward humanity and their vainglorious endeavours. Farfs are known to be revelrous at all hours. In Central Toprakian folklore, they are considered good luck for the peasantry and bad luck for the nobility. Blaming farfs is a common way for nobles to explain unexplainable occurrences, such as when the normal rote of society does not perform the way it is supposed to, but seems to cease up and glitch from time to time.

Farfs are described to be very small, often light red but not always, and wearing a Fellish Cap (which is always yellow). Their average size ranges anywhere from the size of a thumb to the length of a fully extended hand. It is known that their diet ranges from berries to small insects, depending on the season or the festivals they partake in.

If one wishes to repel farfs from populating in your area the common method is to encourage the population of stray cats. Stray cats, however, bring with them their own streak of torments and troubles.