We are allowed this one life to play a part on the world's stage. Most of us will exit the scene silently, and most importantly, without having been able to ask the right questions. For what is Light, what is Darkness and how do they interact to form Shadows? What is the essence of this Stage we tread upon? What is the meaning of The Play? Will there be a Curtain Call?

These are the questions central to Shadowism, a collection of superstitions and mystical beliefs prevalent in the Bakker Peninsula area of the Colonies. 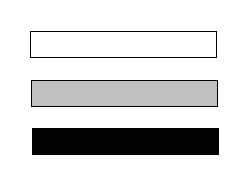 Shadowism is a form of animism. People, places and even objects are the Shadows of a rich spiritual world. Nothing of this world is truly real, and yet everyone and everything participates of spritual power. What is characteristic of Shadowism is the peculiar, fatalistic attitude that this belief engenders. Shadowists live their life as a game, or rather a play of sorts. They often see themselves discounted as childlike, and yet their committed attitude coupled to a disconcerting indifference or playfulness has seen the demise of more than one opponent.

What most people call the real world is The Stage to Shadowists. This metaphor is a common theme amongst believers, and is often used as a way to recognize each other without speaking overtly.

The Play is the political maneuvering to the ruler, the charge of the Knight, the death of the Hero and the toil and the struggle of everyday life to a peasant. The Play are the facts of the world in their entirety. The meaning of the Play is beyond anyone's understanding. There is controversy whether the Play is free-form (the mainstream belief) or there is a Script. Those who believe in the Scripted form of Shadowism are sometimes referred to as Scriptists.

It is Light and Darkness which interact to form Shadows. Their purpose is even deeper than the meaning of The Play. Things that are Light in Shadowism are frequently associated with good by other religions, while things that are Darkness are normally seen as evil.

For the followers of the paths of light one must realize That all of your power does not come just from the shadows and the darkness of your own thoughts. Your power comes from the forces of sound, thought, light, joy, and shadow. One manipulates the shadow with thought and emotions(good or bad). Followers of the light are still very open and neutral about life and take their roles in the great stage very seriously. though there are many who are very secluded and care only for the joy and light in their meditations.

The spirit which inhabits the Shadow of a person is immortal. When your part in The Play is over and you are shown the exit, your Shadow leaves The Stage, but your spirit may assume any other manifestation. Death is a common way of leaving The Stage, but not the only one.

Some followers of Shadowism have an apocalyptic belief. There has to be an end to The Play, they reason, and then all shall be revealed. It is rumored that a number of individuals associated with Darkness Circles are actively trying to bring about The Curtain Call. It must be noted that, while Darkness Circles are certainly associations which promote Evil, bringing about the Curtain Call per se is not seen by Shadowists as Dark, but is often just born out of curiosity.

Shadowism are suspicious of excessive organization, which they regard as fanaticism, and despise authority. Theirs can be better described as a fellowship of performers. This is not to say that Shadowists do not understand roles: in truth, few appreciate them better.

Shadowism has a rich oral history of indigenous practices dating back centuries in the woods of the Bakker peninsula. Threatened by fanatic organizations it was on the verge of disappearing by having its popular support eroded. Shadowists are now become more assertive and reclaim their homelands. They also started to keep record of their faith.

You are welcome to consult the scrolls in the library

Some study the scrolls of Shadowism in depth. Others belong to families whose lineage is important to Shadowists. Others still are seen by the communities in which they live as spiritual guides. All those who claim a special status within the Shadowist creed are referred to as Shamans.

Disciples are individuals who, rather than idly meditating the mysteries of the Stage and philosophize on the reality of things, prefer to live Shadowism through their bodies.

Disciples can be found steeling their bodies in grueling feats of endurance, such as sleeping on beds of nails, vowing never to let their left fist unclench and many other odd things. Through their physical understanding of the stage some are thought to achieve mystic powers, such as becoming shadows or being able to walk through walls.

The connection between the Disciples' powers and some feats displayed by the best of Assassins infiltrators has not escaped the attention of many commentators. Strangely this aspect is seldom openly discussed by Shadowists, and certainly never by Disciples or the elusive Infiltrators themselves.

Shadowism is as rich in ceremonies as any other religion in the world, but not all well documented. The secrecy of many of its rites makes documentation difficult, and the diversity of traditions makes for inconsistent reporting of the many forms that ceremonies take. A few, however, are well known and well recognized.

The Premiere is the ceremony which mark the acceptance of children in the community, and their naming.