The Great House of Serpentis

The Serpentis family, originally from Chato (Atamara), has a fame of 20 and 10000 gold of family wealth.

The Serpentis family, originally from Abilotiel (Far East), has a fame of 36 and 6760 gold of family wealth.

Nesrah, The Guardian of the Memoirs said:

Three great patriarchs traveled through the seas, going up the mountains and crossed the valleys. They founded their home in Chato, Atamara. Great old times of legends and prosperity. The family grew and the Great Elders sent their children to another continents to spread the powerful name of the House of Serpentis. Young heroes died struggling in great battles. Some names were almost forgotten. But I met those men. And I will talk about them. I will sing the old songs. Listen carefully, my friend.

Awake!
Shake dreams from your hair
He went down South and crossed the border
Left the chaos and disorder
Back there over his shoulder

Wake up!
You can't remember where it was
Had this dream stopped?

The snake was pale gold
Glazed and shrunken
We were afraid to touch it
The sheets were hot dead prisons
And she was beside me
Old, she's not, young
Her dark red hair
Her white soft skin

The Skovgaard family, originally from Krimml (East Continent), has a fame of 0 and 810 gold of family wealth. 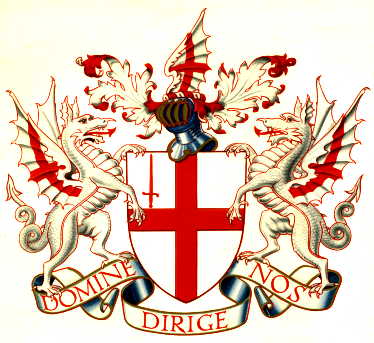 The Great House of Serpentis

The last son of a lineage of heroes. His brother and sister, Dakhir and Frida, died struggling for Falasan (Atamara). Yeux is a silent and reserved man. He was the first to win a medal for the family after duel songs with a barbarian of the north. With the fall of Falasan the hero got off a ship in Dwilight. After a long journey he tries honor his name with the victory of Averoth. A dream that didn't last a long time. He built the foundations, but his fate guided him to Beluaterra, where he became Lord of Cori and Minister of Finances of Avalon. The fifth major invasion of monsters, demons and undead brought new strength to the warrior. With the Berserks, his wild soldiers, he proved that his sword skills only improved with time, injuring numerous enemies who dared to stand in his way. With the fall of Avalon, Yeux journed to Melhed and sought salvation becoming Priest and The Great Maharshi of The Bloodspeakers and Duke of Agyr, raising the greatest temple of Beluaterra, shortly consolidating his power as King after overthrowing the Republic in an uprising along his people. After marry and left a lineage, Yeux decided to enter the big sleep. Recently he woke up and deicided to return to the battlefields to die as his brother and sister and complete the cycle of death of the first heroes of the House of Serpentis.

After Erik retire in deep disgust, leaving the Republic, Edric came to adulthood, taking the responsibility to bring unity to a divided family fighting for power. From the ashes left by the Silver Dragon of Sirion, the Emerald Dragon arises.

Nesrah was the first prominent name in the family to engage directly with the wars in East Continent. From his youth to old age he served in Dolmbar, first as leader of infantry and later participating in an cavalry elite group, The Immortals. With the advent of peace and the growing boredom, he left the military and began working as a bureaucrat. This work began to leave him fat and rich, gradually increasing his management skills. And then he put those skills into practice when he became a trader. A frequent visitor of the black markets in Fontan. In times of peace, Nesrah corrupted and used the peace to negotiate the best prices and enrich his family, "robbing" food of Fontan to feed Sirion. And to fill up the coffers of his family.

Half elf, half man. Dürion is the bastard child belatedly recognized by Erik Eyolf Serpentis as his son. He born in Montijo after the first military actions of Sirion against the south of Fontan. He grew up in Braga with his uncle, a hunter. As a young boy he learned the arts of the silent hunting. His mother, once a woman destined to be Priestess of the temples took her son to his father's presence in a new wave of attacks when Fontan showed the first signs of weakness. Now, under the banner os Sirion, the young Sir Dürion is fightning to leave the shadow of his father, the Silver Dragon and embrace the very shadows of the Black Dragon. Something he did after finish the war with Fontan taking Negev by obscure ways and then becoming the new Margrave of Trinbar, casting shadows over his father's region under his black wings.

The oldest hero of the family. He fought bloody battles by Ikalak (South-East) and saw the gods stop the moon, turning the sky scarlet and cursed. He left to Lasanar (Far-East). Protecting of the souls, he is married and has two children. Patient and diligent, he became the great symbol of his family. He protected Papania until the decline of the realm which he helped create and that he fed as Lord Gold for many years. He watched the unification of the old territories of Lasanar under the banner of Ohnar West, where he regained the title of Minister of Finances always as the rightful Lord of Abilotiel. Gregor died as the greatest hero of his family in a battle in Ossaet.

The Palace of Exile

Erik represents the death of Nesrah Serpentis, an old-fat and opulent parent that fought few battles and finished his life robbing food of Fontan. Erik is the youth, the power and symbol of battles for honor. He has held almost every military position as Marshal and Second in Command of The Army of Sirion and The Red Dragons. In the administrative field he had a fast ascension as Count of Dolmbar and Margrave of Trinbar. Through votings he consolidated the position of Judge of Sirion for a long time until won the title of Duke of Avamar, leaving the position to someone younger. Always a warrior at heart, still as Margrave he founded The Silver Legion, his army to fought against the many enemies of Sirion. With advanced age, Erik left the swords in times of peace to become High Priest of the Sacred Grove and Ambassador of the Elven Republic. But the war called again and the Silver Dragon decided to march one last time for his allies and to spread the terror among his enemies with a short term as Prime Minister, increasing his influence over the East Continent.

Henrich Eyolf is the oldest son of Gregor Eyolf Serpentis, Legendary Hero of the House of Serpentis. After the dead of his father in Far East, the young warrior decided to leave his lands to start a new life as Knight in Atamara, trying to discover the lands of his first ancestors. After a short time defending Tara and acquiring military experience, but with few opportunities to grow, the young warrior found in Asylon (Dwilight) his new home. Henrich assumed Kid's Rock and watched the region flourish, becoming High Magistrate under the people's confidence and the King's trust. Joining the Cult of Bloodmoon, the young warrior decided to live to inspire his people along a ludic path as Priest and assumed a higher position among his foes as Duke of Carrion Corvidae and Margrave of Itau. After some time serving Luria Nova, Henrich decided to fight one last battle against the monster in Itau and die at the sea.

Sometimes, like rabbits out of the hiding, bastard children leave the darkness to feel the sun. The Ancestors never acknowledged the legitimacy on those children born outside the nobility. Fortunately, these bastards always disappeared without a trace. Until now...

Frida * Began a life of adventure in Khthon.

Ragnar * Began a life of adventure in Old Grehk.

Melchor * Began a life of adventure in Valentia.

Snorri Serpentis * Began a life of adventure in Thalmarkin. [Retired]

Snorri was the only hunter who has had some success in his career before disappearing with the other ones of his family. His origin before beginning the career in Beluaterra always been a mystery. And although every family member associate the bastards to the hungry wishes of Erik Eyolf, the young Snorri never had any elven heritage in his blood. He's just a young man of simple tastes and adventurous spirit trying to purify a cursed continent.

Erik Eyolf, the Silver Dragon of Sirion, Father of a Nation, left more bastards that grain of sand in a vast beach. Many have tried to claim the Serpentis' name and inheritance, but few were those who lived long enough to achieve success and glory.

A young bastard of Erik Eyolf Serpentis, Alverior traveled to the Colonies to make his own name serving Lukon, an Empire on the rise.

The Men Behind the Curtain

Atamara: Arash Serpentis and his wife were the first ones to spread the family bows when they arrived in Atamara. But his family is small and few hopes exist for the future. The beautiful Noreen still regrets the death of her two children.

South-East and Far East: The first members of the family arrived in Ikalak (South-East) during the beginning of the great wars. When the gods were furious, stopping the movement of the moon and making the seas swallow the earth, the family was forced to leave in search of a new home: Far-East.

East Continent: Viktoria is a powerful woman and she got, through her nobility, to maintain the name of the family even after the marriage. Some legends say that she is the great descendant of the name Serpentis and that the family was probably born in Sirion, many years ago.

Some descriptions written by the great Lords of the Serpentis House.

Always heroic warriors at heart, sometimes the is family also devoted to building temples and seek enlightenment to guide the people.

With the rise to the highest position of Margraves and Dukes, the family offered great tournaments to celebrate victories and conquests.

The Tournament of Avamar - Held by Erik Eyolf Serpentis, Duke of Avamar to celebrate the victory of Sirion in the Great War against Fontan and another enemies with the Sultanate's utter destruction.