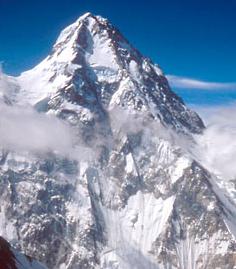 Sagarmathism is the worship of the Deities of the mountains, iron, and other resources within that brings prosperity to these regions. Sagarmathism is not a religion that worries about the creation of the world, war, or diplomatic issues; rather it focuses on giving thanks to benevolent deities who protect the inhabitants of otherwise rough and dangerous mountainous regions.

The Mountains are a gift from the gods, not just Sagarmatha, but all gods everywhere. Believe in a god of war? What helps defend your cities and build weapons? The mountains supply what you need. Believe in a creator god? It is assumed that they created the mountains as well. The mountains allow large cities to be built, so that humanity can prosper. Be thankful for them.

God of the Mountains: Sagarmatha

Sagarmatha, the “Head of the Sky” is the chief deity of this religion. Sagarmatha is not a creator god; he is a benevolent god who protects villagers of mountainous regions, as well as travelers passing through the rugged terrain. He blesses the all mountains of the world and their inhabitants. He grants safety of travel through the mountains and prosperity to the people.

God of Iron and Foundries: Hadid

Hadid is the god of iron and foundries. He is the deity who first taught our ancient ancestors the ways of forming the iron from the mountains into tools and weapons. The teachings of Hadid have been passed through generations of blacksmiths, to ensure the finest quality weapons are available to fight the monsters that hide in the mountains.

Ashio is the goddess of the mines. She protects the miners and their families. Ashio is the deity of Sagarmathism that is the most privately worshiped. Local miners have the image of Ashio engraved in their tools by the blacksmiths to bless them in their work. There are also small shrines near each mine, where miners light incense before their shifts. Many wives of miners get local artisans to carve statues of Ashio for their homes.

“Iron Craft” as dictated by Hadid

A tome from antiquity sharing the god Hadid’s knowledge of iron craft with the blacksmiths inhabiting the mountains.

“Book of Prayers to Sagarmatha”

A book of prayers written over the course of many lifetimes by the worshipers of Sagarmatha.

Songs sung by the miners during work to raise spirits and to pray for safety in the dark mines.

Other texts are rumored to exist but were lost in the mountains of the East Continent ages ago when followers of Sagarmathism spread their texts across the continent. This list will be updated as new texts are found.

Respect the mountains. The iron and stone from the mountains helps to defend your cities and bring prosperity to the world.

Respect those who work the mountains. They toil in some of the darkest places in the world to better their place in life and the realm the serve.

For generations, the mountains of Ubent have brought prosperity to their inhabitants through their bountiful iron mines. The mountains, as the people’s only source of income in an otherwise poor region, were seen as holy. It is only natural that the people of these regions would be grateful to the land who gives them so much. Thus, Sagarmathism was born. Sagarmathism teaches that all mountains are gifts from the gods, which offer resources and protection for those living in the mountains.

Following the fall of the region of Ubent at the hands of Perdan, the following of Sagarmathism began to decline. Within a short period of time there were no followers to be found, and all the temples had decayed into ruin. Only time will tell if this religion will one day rise from the forgotten pages of history to re-emerge into the world.