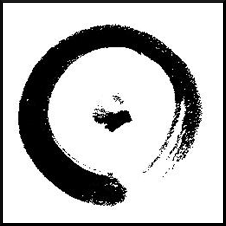 Honor, pride, and excellence in all we do.

Osaido is a code of conduct which promotes the advancement and perfection of all the Arts of the Nobility: Trading, Warfare, Bureaucracy, Stealth, and Priestly duties. Osaido encourage its members to view the universe as a circle with no beginning or end. Within this circle all men are equal in the quest for knowledge and yet every man is aware of his place, for it should be mankind's goal to structure itself according to Nature, that great forge of creation. Because of this equality, advances and insights into these Arts are shared with fellow members, for by serving each other we serve ourselves. Additionally, nobility learn to practice the Three Virtues: Wisdom, Stoicism, and Honor. It is through the teachings of Osai that one may conduct oneself properly in all the spheres of noble life.

Osaido began a very long time ago as an informal code of conduct among the nobility who lived in the Far East prior to the Great Wave--that is, the mass immigrations of families to those shores. Many of those familes first landed in Ossaet, being a sheltered harbor and already populated by a civilized if not entirely advanced people. As the initial wave of immigrants inter-married and settled throughout the lands Osaido began to take on more formalized qualities, owing to the well-established code of chivalry that our gallavanting Knights are so fond of. Details are sketchy on the exact moment when the influence of Osaido waned, but it is believed to coincide rather closely to the time that the Patriarch--the first Tyrant of Arcaea--invaded, intent on subduing both the people of Osai and the new immigrants. The ancient monastery in Ossaet was razed to the ground. Many of the monks (secular teachers who codified Osaido in oral and written form) retreated to the countryside.