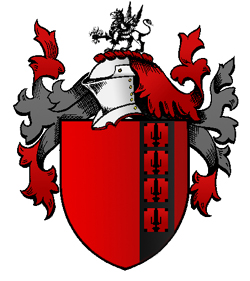 Oligarch was the Frontline in the War against Sirion and Fontan on East Continent.

Oligarch was a proud realm with a rich heritage written in blood and tears. They stood on the border between the overpowering Sirion and the diabolical Fontan as a bulwark to the southern states. They were locked in struggle against these foes. Their republic stood proud in the fray, strong and stalwartly defending all that is honorable in East Continent.

Oligarch was destroyed as of May 28, 2006 by the combined forces of Sirion, Fontan, and Old Rancagua.

Oligarch was one of the oldest realms on the island. Having been around that long, Oligarch made many enemies and many allies. Oligarch outlasted several realms, notably Omsk, Coimbra, and Eleador. Rancagua and Avamar fell shortly before Oligarch as well.

Throughout the turmult that engulfed the island, Oligarch stood strong for its principles and its allies. A sad note in its history was that many of its allies have been destroyed, but the destruction of Omsk, Rancagua and Avamar did send many highly trained and motivated nobles into Oligarch's welcoming arms. Oligarch was been a refuge for many nobles - whether banned from their realms or through the destruction of their realm. Many different people called Oligarch home and themselves Oligarchian. Yet for these same reasons was Oligarch's downfall contributed. There were often too many noble for the gold available.

I am not the most knowledgeable about our history, so I shall begin right now.

Oligarch was a republic actively at war with the realms of Fontan, Old Rancagua, and Sirion. The struggle was in a slight balance, the smallest change could have tipped the whole thing. Oligarch, though, seemed to be losing.

Lysander's Explanation of Oligarch's political system was quite valued by the nobles.

note: (Deceased) indicates leaders who died or were exiled during the Northern war