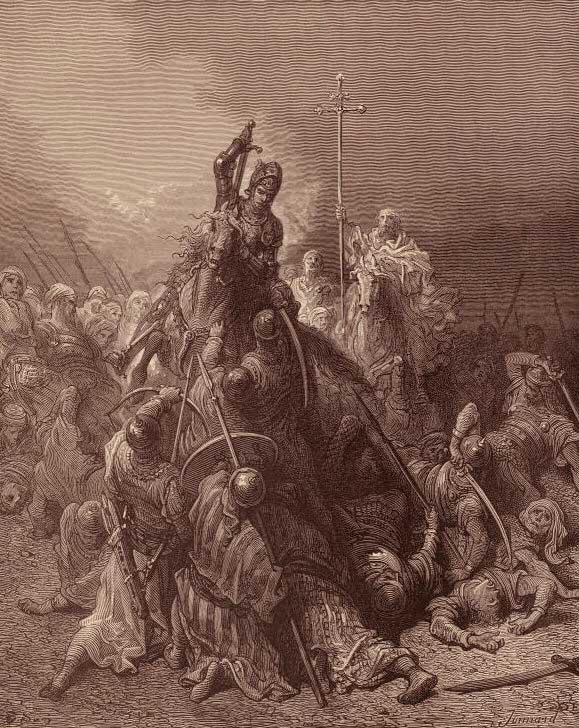 The bloody battle of Aestus, Vlad is painted up front, mounted on his horse Ahala

A History of Violence

Vlad Nosferatus grew up just outside a little town called Obtal located in the Townlands of Tokat, Caligus.


His youth was one of violence, blood and drama.
As a Kid, he never knew else than being occupied by Fontan.
He Cannot remember the time in which his town lived free of oppression.
He never had the room to grow up like all other children did, everyday he had to watch out for patrols.
His Family wasn't wanted by the Soldiers of Fontan, for they where rich, powerful traders in there home town.
And many people had sympathy from the men who came from Nosferatus.
When Vlad was 5, he learned how to use a sword, he practiced everyday with his brothers Pierre and Grego in there backyards, until he could beat both of them.
His ambition: Becoming a strong warrior able to defend him self and his family.
Several years passed, and suddenly, on a dark day, A group of 15 Fontan police soldiers stormed into the house to find Vlad's Uncle, the poor man was reading an innocent book in the study room when he was beaten into subconsciousness by the brutal Fontan soldiers.
Thats where the nightmare began... That same night, His Father Wladimir told him about a secret group formed by him self and other wealthy citizens from Tokat.
This group worked closely together with planning and executing revolutionary ideas against Fontan.
Vlad could still remember his fathers words... "One day you shall become the Leader of this group, One day you shall liberate all of these people from the nightmares they're living in".
"One Day, You shall become a great Hero..."
Only Weeks later, one of the leaders of this group got brutaly executed in public on the Market of Obtal.
No words have been spoken about his fathers 'Revolutionary group' ever since.
Years passed by, and Vlad started to pass the age of 12.
More and more mysterious meetings occurred, and this time almost his entire family was in it.
Vlads Curiosity grew, and on the night of his 13th birthday he asked his father again about the group.
His father looked serious and took a long time before he answered his sons question.
"Look Vlad, What where doing, is the most dangerous thing a Tokatian Citizen at these times could do"
"All you need to know about the Sub Rosa Order will be revealed to you only when the time is there"

Vlad didn't exactly know what his father was talking about but it didnt need much time before he did...
At the age of 14, Fontan soldiers arrested almost every member of the Nosferatus family and Executed them one by one, in front of the entire Population of Tokat...
First his grand parents, than his uncles children, then the wives of his uncles including his own mother...

When all this was over, his father and his fathers brothers where tied to a wooden pole and where beaten to death in front of the eyes of Wladimirs children...


And So, only one sister of Wladimir and his own children survived.
Aunt Anna Cared for the three boys like they where of her own.
But all three of them never slept calmfull for one night...

Only several days later, a man with a dark brown coloured Cloak aproached Vlad.
Wearing the insigna of the Sub Rosa order and the Nosferatus family itself, the Rose.
And so, Wladimirs predicions came true, They planned for many years and created a big underground movement wich executed there plans as soon as Vlad took over the Leadership.
And So, Tokat revolted, and with the help of the great Kingdom of Caligus, who had put much effort in there war agaisnt Fontan, the Rebelion suceeded.

Later on, the Sub Rosa order, who where temporaly in charge over the region declared Aliegance to Caligus.
And both Grego and Vlad joined the army to substain this peacefull and Calm Tokat, Which they never expirienced before...

Sir Vlad's Portret, done a year before his coronation, here he was still furfiling the Royal Treasurer's position.

Stories of young and Old

In this Section, All roleplays will be sorted writen about Vlad. 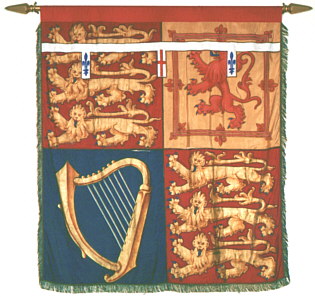