Lyonesse is a monarchy founded by Azreal ap Gaenvan on February 7, 1013. It was formed in the aftermath of Eston's unconditional surrender at the end of the Great Atamaran War. Its creation and early relations were mandated due to the Treaty of Hawthorne. The first titles of the realm were King, Royal Marshal, Royal Scribe, and Royal Justiciar. King Azreal was often Royal Scribe, Flint Comacho Royal Marshal, and Nivek Corcoran Royal Justiciar.

Royal Marshal Flint eventually led a rebellion against King Azreal, but it was soon crushed. Agnilar was betrayed to Darka, but they saw it returned. Xerxes Buffalkill took lordship of Agnilar and Royal Marshalship.

Shortly thereafter, King Azreal gave Prince Caleb Kingsley of Ithilia sanctuary for himself and his followers in Lyonesse. Lady Raziella arrived first becoming Countess of Loratil while Prince Caleb became Count of Slantrax. It wasn't long before Countess Raziella became Royal Scribe and saw to Lyonesse's tax increases resulting in 30% more gold for the nobility in the first week. She also oversaw a bountiful trading program that brought in just under 2,000 gold the first month.

Lyonesse then found itself defending Rieleston against the Barony of Makar's vikings. One such defense saw Harry Reed slay the beloved Royal Marshal Xerxes Buffalkill. The Barony soon surrendered, not to Rieleston, but to Lyonesse amongst other realms. This surrender came after the Cagilan Empire and allies sacked the Barony's capital of Sale. King Azreal soon gave Lord Ravendon the same sanctuary for vikings offered to ithilians. Wispen soon revolted against Rieleston, preferring Lyonessian rule. Sale was soon conquered and Howling Waste declared allegiance to Lyonesse.

Due to prior hostilities between ithilians and vikings, realm correspondence took a hostile note, but business continued as usual due to high respect for Lord Ravendon by the ithilians. More tensions arose as younger nobility objected to the barony's former marshal becoming their general and duke, especially immediately after the vikings had slain Lyonesse's former royal marshal.

Believing time was best to let another rule the changing kingdom, King Azreal the Founder stepped down from rule. An election was conducted and while many expected Royal Scribe Raziella to be Queen, the silent campaign of Nivek Corcoran was victorious. Despite not writing the realm once about his candidacy, he emerged victorious with 24 votes to Raziella's 20 in an election in which less than half the nobility voted. Silence only continued during his early reign and his brother soon was elected Royal Justiciar with the same silence, but a larger margin of votes, with many more nobility voting.

The Royal Line of the Kingdom of Lyonesse 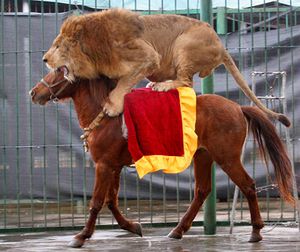 Corcoranian Dynasty
King Nivek the Silent
October 1st 2013 - October 12th 2013
2nd King of Lyonesse, known for his silence. He was dethroned from being protested out of his office.

Lynx King Raziel IV the Mad
March 24th 2014 - Unknown
Ostensibly Raziella's brother, but rumoured to be her alter-ego
Dethroned from protestations by the royal council (composing of his sister, Duke Ravendon, and Prince Caleb) and realm after poor correspondence with Cagil.

When Darka invaded Lyonesse, the expectation was that other allied realms would assist. Suffice it to say, they never came and Lyonesse lost control of about half of its lands including the erstwhile capital City of Hawthorne and all of the original "Treaty of Hawthorne" regions. This was primarily accomplished by the betrayal of Margrave Gian D`Este of Hawthorne in bringing the capital to Darka on the evening of the army's return, forcing the realm to establish a new capital in the deserted ice-city of Sale. Meanwhile rumours circulated about the Queen's mental health. Around the time relations with Darka evaporated, confusion in the bureaucracy saw Grand Vizier Raziel's horse (Sir Glitterhoof

) appointed as Grand Vizier rather than Raziel himself. After about a month the horse was forcibly removed from his position leaving the realm without a Treasurer or a way to get home.

The shambolic Darkan War dovetailed perfectly with the subsequent ice age. After Lyonesse was run out of its capital Hawthorne by conquering Darkan forces, it was promptly run out of its newly established capital Sale by invading snow trolls from the north.