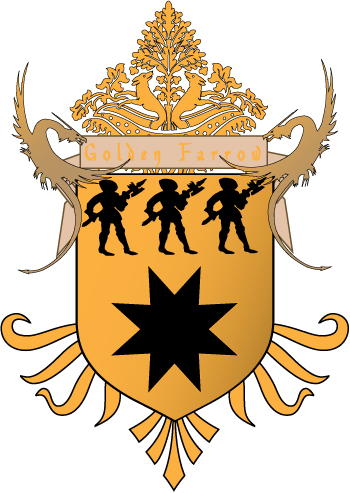 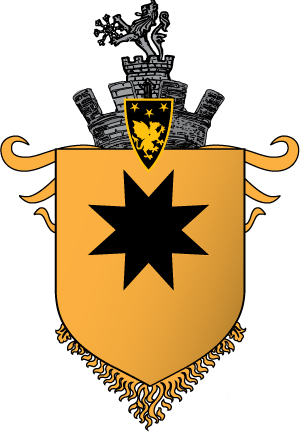 Emblem of the Duke of Golden Farrow.

The former capital of Kabrinskia.

Standing on the ships prow, the golden roofs of Golden Farrow reflect the suns rays and shine brightly in a wondrous manner. Yet as is evident by the heavily armed caravans bring trading goods from the west and the clearly visible sentries on the cities vast walls, the city is clearly under constant siege by the monsters that roam these untamed lands.

from 'the Travel Book of Milmice Vecchio Ratto

Golden Farrow has a marketplace, making it a popular spot with traders, lords, and stewards from the surrounding regions.