The city of Freke stands as a more utilitarian counterpart to Mimer's religious brilliance. Situated on the northern cliffs of the Mimer Peninsula, Freke is buffeted by the chill winds and strong breezes that blow inland from the Channel of Gelene.

The fortress-city, christened the Iron Citadel by Duchess Himeko Ishida for the extensive use of grey steel and stone in its battlements, maintains a regular ferry service between itself and the city of Aegir. This has saved many a traveller precious time which would otherwise have been spent trekking round the Maian Bay. 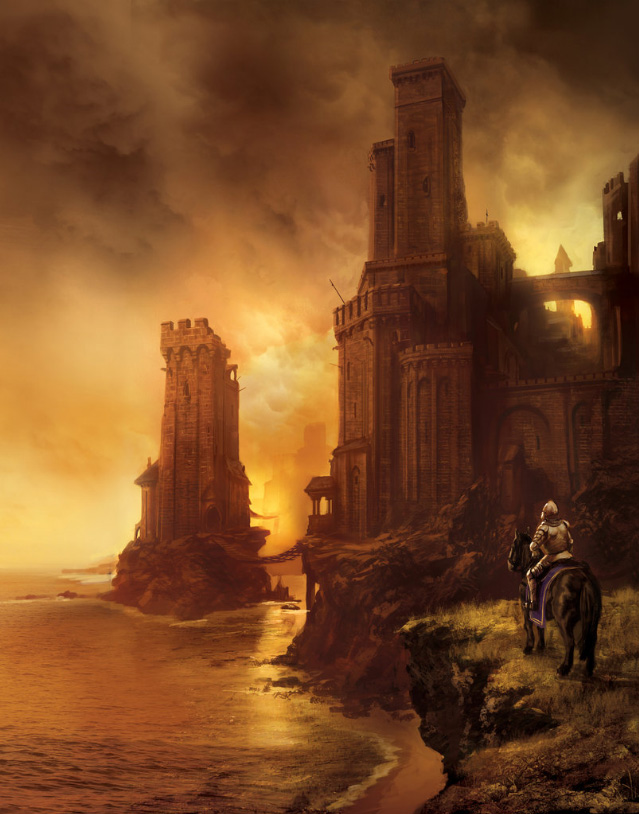 A Basilica built to house the Black Sarcophagus of Vasilif Rowan Geronus, who gave his life to defend Astrum from Averoth. His remains once resided in the Hall of the Blood Stars located deep in the Vasilian Palace which stood in the center of Eidulb. However, when Astrumites were forced to flee their homelands due to monsters, they brought his remains with them to Freke where they buried him in the current location.

A Silver Statue of Justus Jaron, the Exarch of the Holy Theocracy of Corsanctum during the Great Western War, was erected by his friend Kihalin Lapallanch to repay for his show of friendship and service during Astrum's darkest hours. The statue is holding the banner of the Ferrum Sidereus, Corsanctum's only army, while pointing south where he valiantly defended enemies of the holy faith.