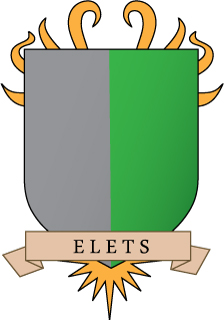 Elets is a well watered, hilly region in the Duchy of Itau, in the realm of Caerwyn.

Most of Elets is bare, grassy moorland grazed by mountain ponies and mountain sheep. There is some scattered forest and woodland, and pasture in the valleys. It is known for its remote lakes, waterfalls, and its caves. The main agriculture is sheep herding, and the area is rich in metals. Elets wool is exported far and wide.

The remains of over twenty prehistoric hill-forts have been found in the area, and some are still used by the current inhabitants for their defensive locations. The largest serves as the trading and political centres of Elets and is known as Carreg Fach.

The people of Elets live a harsh life but cling all the harder to their religious faiths as a result. they are cheerful and hospitable by character, and have a great respect for education, poetry, and literature. They have fine singing voices, both the men and the women, and a settled pride in their homeland and traditions.