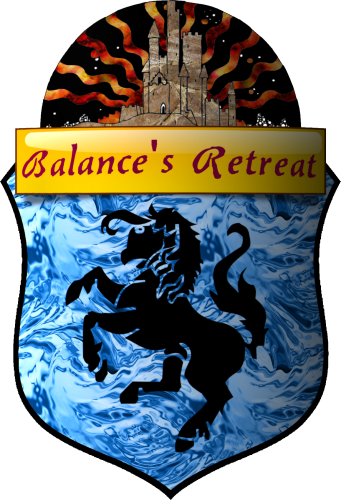 As the only Stronghold in Central Toprak, Balance's Retreat is a uniquely located fortress. Partitioned off from the world by the Divide Mountains and the Alley of Swords, the region remained under the influence of misguided rogues for many years.

Eventually a push was made by the now dead realm of Solaria to capture and hold onto the estate, fulfilling the claims of King Koli of Pian en Luries. The first Lord of the Retreat established Skyreach Hold, which used to be the seat of power for the Duchy of The Courts of Stone until the Castle was built. Then forming the basis for the Duchy of Sol.

Reparations began on the ancient fortifications to bring them up to their proper glory. The fact that the walls seemed to be made of living rock complicated and slowed the process down considerably.

As the capital of Swordfell, it has seen royalties visit and dynasties fall. Traditionally, the economy has been built on hunting the Yaks and the Mountain Goats as well as catching the large Toprakian Salmon in the Flow river. The Stronghold was always treasured as a gem of Central Toprak and it has become considerably richer in later years as valuable metals have been extracted from the area.

Sheltered on three sides by mountains and on the fourth by a long and harsh land called fittingly, the "Alley of Swords", Balance's Retreat was truly a place of solitude, where one would withdraw from the chaos of the greater world and seek what inner harmony existed in the self.

Records suggest that the huge structure called the Balance's Retreat was created long ago by a group of people now unknown. What purpose it served in the past is a matter of much conjecture.

With the take-over of Balance's Retreat by Solaria, and the appointment of Thomas Greyson as the lord, new information of the region has come to light. Thomas discovered an ancient book that outlined the building and maintenance of the region by a monastic order or knights called 'The Order of the Sacred Balance'.

Though a myth about Balance's Retreat and a great warrior called 'Balanss' was long believed to be fact, recent excavations into the ruined stronghold and the buildings found within have proved the legend to be a fabrication.

When a young noble of Morek went on a journey to Pian en Luries, he stopped in Balance's Retreat. As part of a lingering promise to Edelstein Greenburie, Garret Artemesia vowed to create a haven in Balance's Retreat so that the principles of Shadovar would be preserved. Such a promise, however, is known to few except those two. Upon reaching the fortress, however, he found that there was a lone hermit sitting on the front steps to the giant building. Garret would note that the man seemed to be at peace with himself, and, upon making eye contact, felt that the old hermit saw through his entire being. The young noble stayed in Balance's Retreat for two days, learning a bit about the structure, which he noted looked nothing like anything seen in Morek, Pian en Luries, or the then Shadovar islands. He left without gaining much in the way of creating anything, but only received the cryptic request from the hermit to cross through the Alley of Swords. As recorded in his journal: "The old man (I wonder how old he really is) only pointed to the southeast, where I, from my vantage point, could see the Alley of Swords. There were no words exchanged between us, but I could understand him clearly: 'Pass the Alley of Swords, and should you live to see me again, there will be much to learn'. And so I went."

In an unpublished report written for the Council of Morek, Garret noted that he only observed a hermit in the fortress, and that otherwise, the building was in good repair, and that it was only a shame that it was agreed upon to lie within Lurian borders.

In more recent times, the claim to Balance's Retreat and the surrounding areas was ceded to Thomas Greyson and the entire Greyson family in exchange for his service to the realm of Solaria. This contract was ceded by the then General of Solaria but was re-confirmed by Arbiter Malus Solari, and signed in blood and upon his honour.

Swordfell was allowed use of the Duchy by Mariah Greyson, the claim holder of the regions.

Mariah Greyson has recently gone to Swordfell to take back the claim of the Duchy for her family.

The Keepers of Lore have gathered stories about Balance's Retreat. 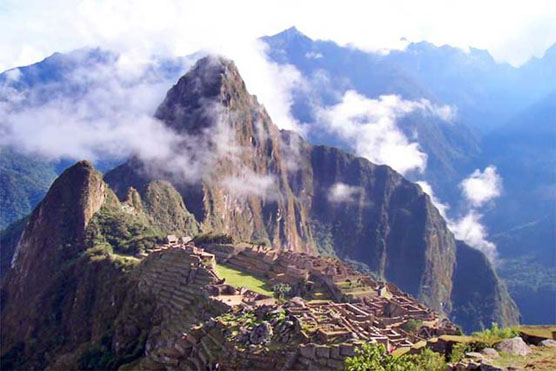