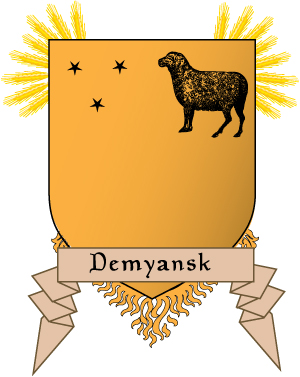 Demyansk is a large and well populated region of arid grasslands and hills. It is bordered by forests to the west and foothills leading to mountains in the northwest. The Inland sea forms a coast along its south east flank, and the heartlands of Kabrinskia lie to the north and east. Its climate ranges from temperate to hot. Rains are somewhat frequent but they're rarely strong, resulting in variable harvests.

The name of the region comes from the Demyansk family of traders who established a small town that serves as the province's Capital, Seat of the Earls of Demyansk. However most of the population lives spread out in the rural areas, in hilltop farming communities protected by ditch and dry stone walls, or coastal fishing villages.

The rocky hills of Demyansk provide adequate grazing for goats and sheep, while the somewhat dry grasslands have been transformed by careful irrigation into rich Wheat fields. The region is rightly known as ”The bread basket of Kabrinskia”. Pulses and vegetables are also grown. The characteristic tree crop is the olive. Figs are another important fruit tree, and citrus, especially lemons, are grown where good irrigation is present. Grapes are an important vine crop, grown for fruit and to make wine. The inland sea along the coast holds a rich mix of species. It is home to Bottlenose Dolphins, Porpoises, Sea Turtles, and other marine animals. The fisheries are an important industry, especially the abundant sardines and the prized swordfish.

The people of Demyansk have dark hair and olive skins, and a tough, independent nature. The region has a proud Tradition in Debate, Arts, and Sports, and they hold themselves the cultural superiors of their cousins in the city of Golden Farrow.