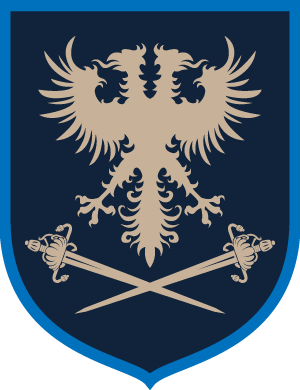 The Medicis are native to Giask, Dwilight, dating back many generations as noble merchants and entrepreneurs, though of no true relevance among any noble traders. With successes in the trade, the family was able to finance some of its adults, sending them out into the world. Alessio remaining in Luria, Niccolaio and Cosimo heading off to the Eastern Continent, Vittoria to Beluaterra, and Maddalena to the Colonies.

All seek to bring fame and fortune to the House of Medici and only time will tell if they are successful.


Notable Achievements of the Medici Family

Alessio was perhaps the first true noble of the dynasty that was certainly not a lesser noble. Prior to his being a knight, he supported the family businesses as lesser nobility. He was a glorified merchant. During his tenure, he rose to the height of Suzerain Emperor, greatly expanding the Empire to include Swordfell and Sol. Scores of letters left his office in his endeavour and he wrote every noble in the Empire at least once. Driven by his family, he spent his reign solidifying his family's status in the Empire, greatly expanding his family's estate, undertaking architectural works in several cities, securing a host of political marriages, and forging friendships that would last until his death. Since his visit to the Daimons in the west, he was never the same and it was not long until he perished of cancer.

Vittoria has an eye for detail and the will to do things herself when she doubts that others will be able to achieve tasks. She is a training infiltrator while she looks for a husband in Beluaterra. She seeks to find influence through her husband and build Medici success atop it.

Alessia was an unlikely heir to Alessio, though was fittingly named after him. She married Frederick Greybrook, set up the family newspaper once more, serves as an Ambassador of Tol Goldora, and has ambitions to cast a shadow greater than that of her father.

Matilde, not directly of the Medici Emperor's line, seeks to prove herself in her ardent service. She current resides in loyalty to Perdan.