From BattleMaster Wiki
< D'Hara
Jump to navigation Jump to search 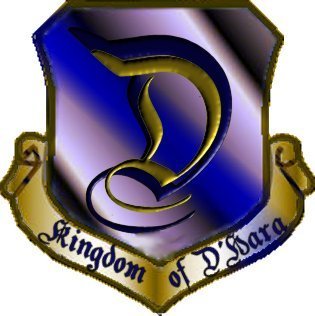 Oaths are a serious matter that is not entered into nor revoked lightly.

Oaths of Fealty, Loyalty, or Homage

They are not all the same. They each are different and each serve a different purpose. Though they can each be just as binding in their own way. And should not be given or taken lightly. You will be held accountable for your oaths. And there are rules that will govern them in the Kingdom of D’Hara. (These will be discussed a little later)

First lets define what each is and how it will effect you.

An Oath of Fealty is the purposeful subjugation of ones self to a region Lord or Duke. In exchange for your service, you gain the Lord or Dukes Protection, as well as a portion of the regions taxes. Fealty is often combined with other oaths which can make sorting them out a little tricky.

This oath will bind you to anothers cause, opinion(s), and interest until released. This oath can be the hardest to keep if you have misjudged the one you are giving it to. And in many ways the most binding, as it often is a one way oath, the one it is given to does not have to reciprocate the oath. Unfortunately loyalty is not always a two way street. That is why when it is an oath of Loyalty that is exhanged, that is be truly exchanged with both parties giving the same oath. And that it be very specific in its wording.

An Oath of Homage is a Promise of friendship, Honor, common Interest (guild or army), and Support when needed or called upon.

As with all things there must be rules to govern what we do to ensure as little abuse as possible. Oaths are not different.

1. And oath must be freely given and received.

A. An oath may be "forced" upon an individual as part of an agreement, or treaty between nobles, or as part of a judgment of the crown or tribunal in order to keep peace or avoid a banishment. A second chance if you will for serious offenses. (It can never be used to inhibit any players inalienable rights… EVER!, but can make for very good RP)

2. An oath is kind of like a verbal legal document and should therefore be recorded to ensure that all parties involved abide by their oaths.
3. An Oath can be given in public at any time.
4. If a noble wishes to be released from his oath, he must request to be released publicly of the one the oath was given. And the one given should release him from the oath also publicly.

A. There are times when the holder of the oath may wish to hold or bind an individual to his oath. This is his feudal right. (And in D’Hara will be upheld)
B. If a request to be released is refused, it may be appealed to the next level of that hierarchy in feudal terms. And this appeal can go all the way up to the Crown itself for judgment, The crowns ruling will as always be final. Though the crown may refer such issues to the judge of the realm at its pleasure.

5. Punishments for breaking ones oath.

A. This can range from a private reprimand to fines, and in extreme cases even banishment or sentence of death for treason