The members of the Cullom family are known for their wisdom, bravery, honor, loyalty, and their stubbornness in sticking with their friends and allies. When they give someone their word they stick to it till the last man. They are very nice people who do not dislike a person/group until they actually have met them. The Cullom family is known for its musicians, and their philosophy. 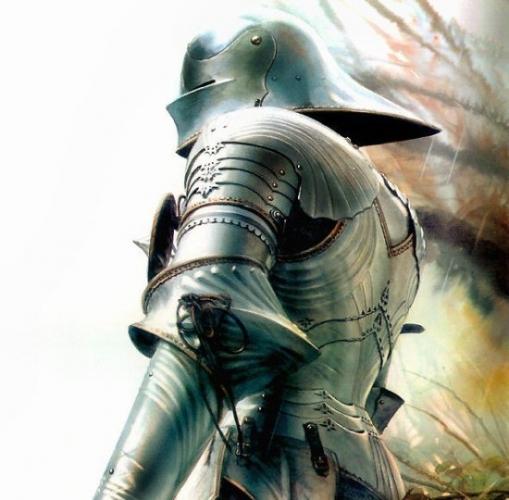 The main Cullom family is from Kilbranba, Carelia.

The region on Kilbranba is a part of the duchy of Strombran and is one of the oldest Carelian lands. Its name is derived from its old name of Kilbranda, given to it by the native tribe which lived here and translates to Red Coast. When it was conquered by the growing power of Carelia the name was adopted, but changed slightly into Kilbranba, although the old name is still used to a lesser extent. This small strip of land was first settled with fisherman and sea raiders. These simple folk lived of the sea, and thus expanded their dominion along the coast. Indeed, in Carelia, the beaches of Kilbranba are in their extent second only to Oyonniarre. This region is dotted with small villages along the length of the coast. The people who live here now are still largely fisherman, and to some extent farmers, for the soil is fertile enough for a coastal region. They are a rugged and hard people, and are a valuable source of warriors, for living of the sea has made them into resourceful, fit and resistant fighters. Kilbranba is commonly considered a backwater region of Carelia. Although it is not far from the capital, there aren't many important roads going through it, with the one exception of the road connecting Scarbran, Kilbranba and Tarkhog. It is also scarcely populated, containing only one major town, which acts as a center of authority for the entire region, and is the seat of power of its Lord.

Seadak Cullom resides in the East Continent, he is a member of Sirion, and is also one of its heroes. He loves the skills of an archer to be able to takeout an enemy from a far distance. As a result he enjoys commanding archer units into battle. He is also the hero in the Cullom family. At age 22 he was appointed Count of Hillmar a key region in Sirion.

This courageous knight's slitted eyes are the color of desert sand. His very short, wavy, luxurious hair is the color of blue tropical waters, and is worn in a carefully-crafted style. He has an angular build. He has combat powers that come from a bow. His mysterious, practical outfit is mostly blue and black and is obviously made for combat.

Klieots Cullom resided in the continent of Atamara, he was a Knight of Carelia (homeland to the Cullom Family). He now lives in the continent of East Continent, he is a member of Sirion, and he is the Count of Skezard. Klietos is known for putting in what he thinks might help in the situation at hand, and tries to plan ahead. He has held the titles:

This calm knight's narrow eyes are the color of milk chocolate and his long, straight, fine, red hair is worn in a dignified style. He has a muscular build (from the military training and wars he has participated in). His uniform is black and red, is essentially a suit of armor, and it looks to be carved from darkness itself…

Apollo Cullom resides in the continent of Atamara, he was a Knight of Carelia (homeland to the Cullom Family), and is now a Priest. He was inspired to become a knight of Carelia after his older brother Klietos. Apollo is known for his skills as an archer, priest, and musician. Apollo has recently decide that he has had enough of the bloodshed in the great wars, and decided to use his skills and knowledge to help Carelia through peaceful means, thus becoming a priest. He was a priest of Evgenism until he had several assassination attempts on his life caused him to leave the continent and change his name. He was heard to have said he will return when the time is right.

This intelligent priest has large burgundy eyes and medium-length, straight, fine, blue hair worn in a utilitarian style. He has a graceful build. His dignified costume is white and red in even proportions and it has strange designs that draw and entrance the eye.

Cleon resides in the continent Dwilight. He is the first of the Cullom family known to have gone to that continent, and become an Emperor. He was a member of Caerwyn, which is one of the first colonies to be founded on the western half of the continent of Dwilight. He was known as the first Emperor of Asylon and Duke of Echiur.

This mysterious noble has large orange eyes and very long, curly, thick, red hair worn in a military-style style. He has a wide-chested build. His non-euclidian costume is mostly white and red and it seems to be ghostly and unreal.

Not much is known about how Cleon died. He had a magnificent closed-casket burial. Later on when someone tried to sneak into his resting place, the person found his casket was open, and signs it was opened from the inside.

Ava resides in the East Continent. There is not much publicly known about her, except that it seems she lives near Klietos Cullom's manor. Rumors say that she is hunting undead and monsters on her own throughout Sirion.

This thoughtful woman's large eyes are the color of the sun and her very long, straight, luxurious, orange hair is worn in a uncomplicated style. She has a busty figure. Her odd outfit is red and white and it includes a prominent flame logo on the chest.