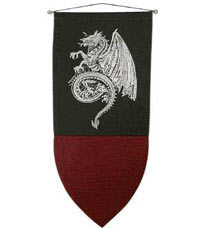 The Stormrage Family is a long standing noble bloodline with numerous offshoots on several continents. The Clan Stormrage branch was founded in times long forgotten by Raviel the Storm Rager. The clans current leaders are the twin brothers Illidan and Malfurion who seek to maintain the family's roots in the old ways while at the same time they seek to make a new name and fortune for themselves and their descendants. They seek to match the legacy of honor that their ancestors have placed before them. Raised as warriors adhering to a strict code of honor the young twins weren't the pampered offspring of a reigning bloodline. They are the descendants of honorable clansmen, knights and lords who did not forget the secrets of their family's origins and instead these few raised their children by the old code with ancient family teachings.

The Stormrage Family are the ancestral leaders of the Stormguard.

Origins of the Stormrage Clan

Always the more driven of the brothers Illidan made the decision to remain in their ancestors' homeland of Ansalle in Atamara. He began his career by joining the Cagilan Empire and taking service with Shanka Foonfa Courcelle, Duke of Cagil, Marshal of the Pax Cagila. Through his dedication and desire to serve, Illidan was eventually named Minister of Finance by Prime Minister Sir Samuel Haine. This led to his current career as a bureaucrat.

Malfurion however sought a fresh start and traveled to the East Continent. Arriving in Fontan he soon met the noble Count Richard Telrunya whose goals of bringing peace and prosperity back to the war ravaged region of Oberndorf gave him the opportunity to do exactly as he wished to when he set out. To make a fresh start and to build something better with his own hands. This eventually led his being named Marshal of the Fontan Rangers, an elite branch of the Fontan Strike Regiment, by Lord Lorrie Furion Archbane. Due in great part to the massive war, and then later by the death of Lord Archbane, Malfurion made arrangements for the continued survival of the Fontan Rangers through aid from Fontan's Minister of Finance at that time, Malfurion's liege Richard. It was no doubt due in part to this, as well as the Fontan Rangers excellent military record under Malfurion, that he was named Lord of Commonyr with the support of his liege and fellow nobles. After a great deal of time and warfare General Basilius retired and Malfurion was elected Minister of Defense of Fontan. Malfurion served Fontan for many years but when General Athins Family/Alise took command the shape of war changed in the realm. Under her orders Malfurion was made to watch and take no defense action as Sirion looted and performed a Take Over of his fair region of Commonyr. Having led his people through so many wars, invested in it ever week for months on end, drafted recruits, and even sending food to feed the realm without compensation.. and to then watch his region sacrificed without any hint of defense so that advances could be made in the war against Old Rancagua, a war they were clearly already winning, was the final straw. Having watched Fontan sacrifice his honor and his oath to protect Commonyr, Malfurion took his leave of the continent and made his way to Enweil in Beluterra. There to once again make a name for himself as the military leader he had fought hard to become.

Shortly after Malfurion's departure for the East Continent, the twin's younger brother Cenarious set out himself for that distant land. Arriving in Avamar he sought service among the Lords of Fontan, trying to find his own way in the world. Shortly after his arrival he took service with Katsuyori Takeda, Supreme Justice of Fontan, Duke of Avamar. After serving for a time in the Democratic Guard with much success, Cenarious was accepted into the most elite unit of Fontan, The Lions, with whom he served for quite some time. Eventually Queen Katayanna of D'Hara approached the Stormrage Clan for support for her realm in Dwilight. As the youngest and most adventurous of the brothers Cenarious jumped at the chance to make a name for himself in a land that wasn't dominated by his older brothers. Making his way to Dwilight Cenarious took service with Queen Katayanna and gave her the Stormrage Clan Oath of Loyalty, he served hr loyally for quite sometime as Marshal of the Queen's Dragon Guard, which as the name implies was the personal guard of Queen Katayanna. Eventually raised to General of D'Hara, Cenarious served until he was released from his oath to the Queen. A week later, under pressure from the nobles of D'Hara, Cenarious led the rebellion that overthrew the Mad Queen and ended her paranoid and irrational final days as ruler. Despite the bad blood she felt towards him, Cenarious took no action against the former Queen and allowed her to leave D'Hara with those nobles who wished to go with her. After becoming Dragon King, Cenarious began the delicate process of repairing relations with neighbors and rebuilding the realm after the destruction it faced during the Mad Queen's final days. Shortly after coming to power Cenarious was wed to Kisharianda Onyxien and adopted Selena as their daughter. A more happy royal family you would be hard pressed to find.

And so this ancient lineage seems to have been revitalized with fresh and driven new blood. The future is certainly bright and bold for these enigmatic twins and for Clan Stormrage as well...