Nothing Is Given, Everything Is Earned.

The Blint Family originally lived within the Continent of Atamara, within the realm of Tara. They have always been an unknown family and seek to prove that they can make something of low status born children. 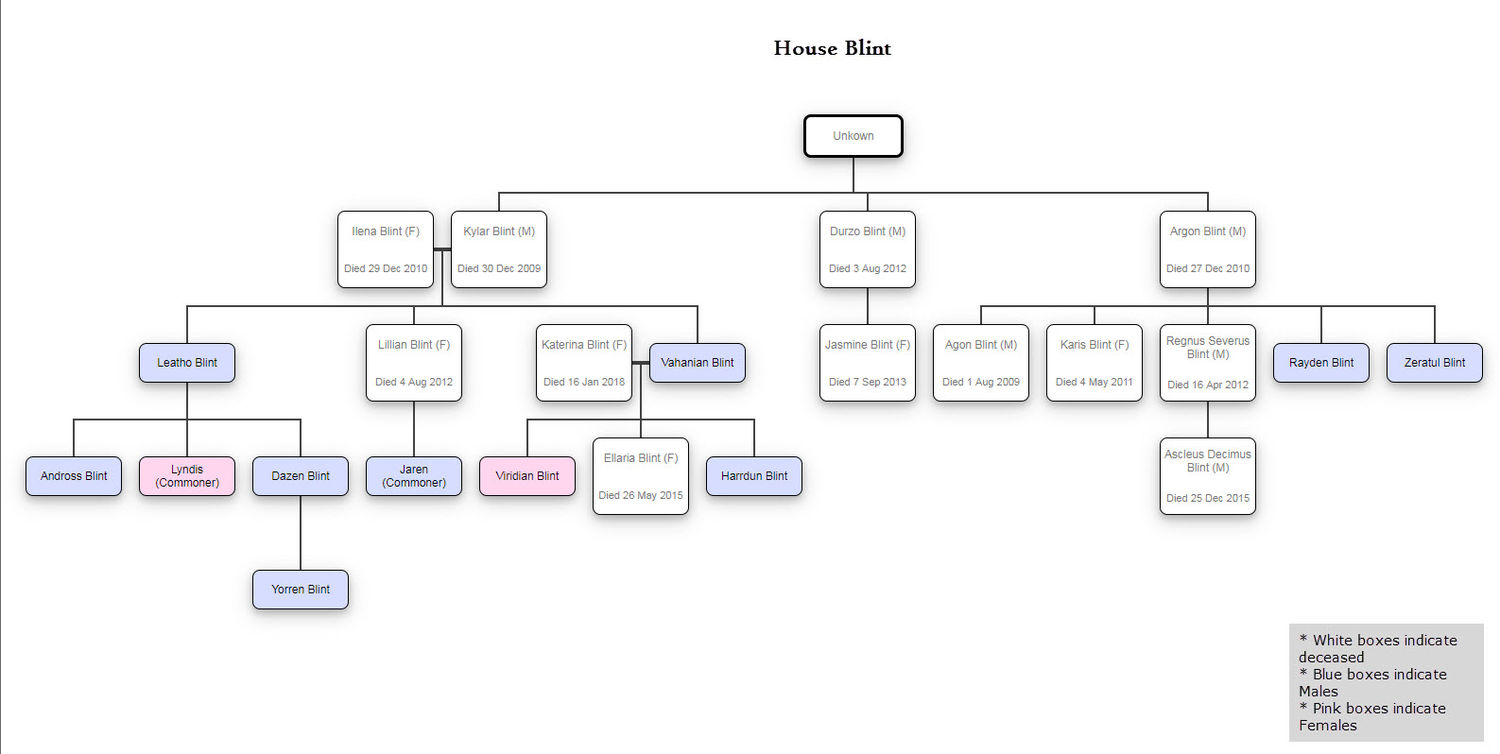 Leatho: The Punisher of the Imperium

Andross: The Duke of Blades