Non mihi solum - Not for myself alone 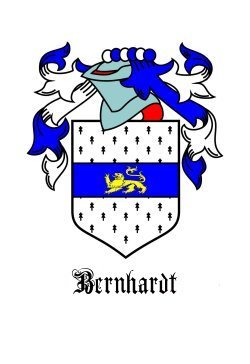 The origin of the Bernhardt family has been a mystery for quite many centuries, but the noble era of it - is no mystery at all. It starts with two commoners from Etoge, Johannes and Helene, who gained nobility from a realm no less than Cagilan Empire. The empire got so impressed by the couple's efforts for a little village in Etoge, that they wanted to make an example of this inspiring couple for all commoners to see.

What did they do then, you ask? Well they started by offering a room in their house a bit bigger than their neighbor's, for any misfortuned human being they happened to come across with. Soon they took care of whole families. One family offered to help them with their household and a little spot of field they had. Bernhardts didn't ask but the guests insisted. Well now, thought Johannes. If we work hard, we might be able to offer a home for another family, and maybe buy another spot of land. It all became clear to him: the community has been kind to them - why not give something back? This is the virtuous life his parents and their parents had tought him to live. Johannes smiled. He had finally found his place in the world. 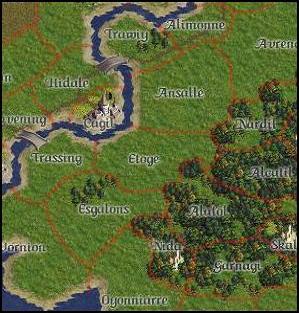 Kaspar was born and raised in Eastern part of Cagilan Empire, Etoge, a region fed mostly by farming. Life was never too complicated there, it was nothing like a big city. Mostly because of this, and the nobility gained by his hard-working parents, Kaspar was given the opportunity to live his youth without the pressure of succeeding in any particular art. The irony in all this was that then Kaspar flourished in whatever he went in for. He was soon admired by his friends and commoners. Let it be writing, swordfighting or a simple game of hazard, he was never a novice in anything.

Kaspar got interested in philosophy in his mid-teens. He had heard about different religions from traders in Etoge, so he started to study the mechanics behind them. He soon realized how people simply seek peace of mind through contemplating. It started as a thing he just liked to do, but soon he started to think about devoting his life to it - to become a priest one day.

Kaspar was 17 years old, when he and his family decided he is old enough to be an asset in the war against Carelia. He was pleased, because what is a better way to study people's suffering, than seeing them struggling both mentally and physically? He figured this is how he gets to see the world and prepare himself for his studies in spiritual matters. Now he just needed a little guard of his own..

And a guard he got. His father, Johannes, found 15 men and sons of men from farms and hunting huts. Most of them had never seen war before, but they wanted to see the world - just like Kaspar. There were some whispering and supsicious looks when they saw their leader. A teenager leading us to battle? Please. All doubts soon vanished after they saw how his father looked at him. He knew Kaspar was up for it.

So now Kaspar had a troop of his own. Soon he got a letter from the Minister of Defence to remind him there is indeed a war going on. Men. We are going to Cagil!