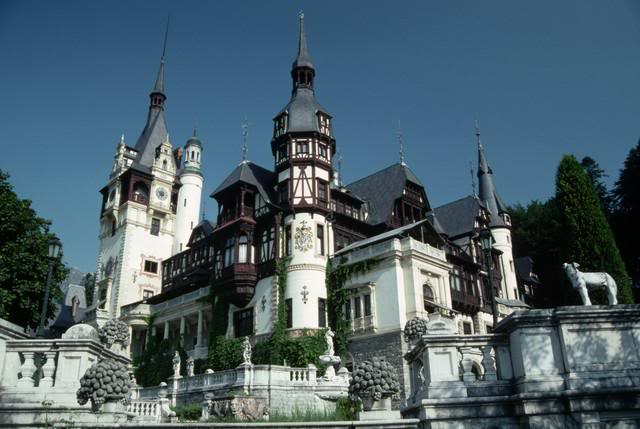 Astrum Knight Academy was founded Kihalin Lapallanch, Duke and Marquis of Shrine of Seeklander, to teach young knights of the Stars how to be worthy knights. Both young and old knights are welcomed to the academy as long as they are willing to follow the codes of chivalry.

The Codes of Chivalry

Iron Wall (Defensive) - Consists of Four swing patterns and Eight foot steps. Focuses on countering enemy attacks. Need to learn how to think ahead of times.

Serenity (Neutral) - Consists of Seven swing patterns and Seven foot steps. Strives to achieve the perfect balance between attack and defence. Essential to learn how to control one's own emotions to reach the tranquility. Must not panic in any situation.

Fatal Edge (Aggressive) - Consists of Nine swing patterns and Four foot steps. Fast and strong swings make up for the lack of mobility. Has to be able to deliver strikes in many positions.

Lessons for Young Knights of Astrum

As a newly arrived knight, you need to introduce yourself to other nobles of Astrum. Tell your name, family, background, and interests. Also, let lords know you are looking for a liege.

Within hours, you will probably receive offers from different lords. Choose your lord carefully as you will be serving him or her for years. Once you have chosen your liege, you will have to travel to his or her region to be knighted. Once knighted, you will be given an estate for you to support yourself. You will be in charge of the estate until the lord frees you from your oath or you break the oath.

If you dislike your lord or you are not satisfied with your income, you can abandon your estate. But before you leave the lord, make sure to notify him ahead of time. It is best you discuss your problem with your lord before breaking your oath. After all, breaking your oath can be considered dishonourable.

In every realm, there are armies sponsored by lords and dukes and led by marshals and vice-marshals. If the realm you are in happen to have multiple armies, you need to know which army to start your military career in. Different realms have different armies for different jobs. Big realms have several armies while lesser realms have one or two. A big realm might have two armies to defend its long borders with a smaller army also defending against inhuman creatures or in charge of rebuilding regions in poor conditions. Ask your liege or mentor about armies before you choose which one to join.

Once you have chosen an army, you have to return to the capital to recruit units. There are five types of units and all of them serve different roles. Ask your marshal if you can't decide which unit type you want.

1) Infantry - Infantry units are the backbone of the army. Without infantry units to soak up the damage, vulnerable units such as archers and cavalries will be decimated quickly before they can even deal enough damage. They are also the most efficient unit for a siege battle. More infantry units with siege engines can make walls obsolete rather quickly.

2) Archer - Archers support infantry and cavalry units with ranged attacks. They can damage their foes from safe distances without worrying about being attacked as long as infantry units hold their position. But once the infantry line breaks, archers won't be able to able to do much against advancing enemies. Archers are very vulnerable to infantry and cavalry charges.

3) Cavalry - Cavalry units are the hammer of the army. They can break the infantry wall guarding archers with their charge. The first charge is the most devastating one usually. When they charge, they can deal several times more damage than normal infantry units. However, cavalry units are vulnerable to archer fires. Also, after the first charge, they act like a normal infantry unit until they gain some distance to charge once again.

4) Mixed Infantry - Mixed infantry units can serve as both infantry and archer units. They attack from a distance until they collide with their enemies. Sounds perfect but in truth, they are not as good as units that specializes either melee in range. However, their biggest strength is their versatility.

Before you engage in a combat, make sure to double check your settings. Your marshals will usually post settings before the army enters a battle. If your marshal forgets, you will have to ask your general or improvise. For infantry units, you will usually fight with highest withdrawal rates while cavalry and archer units will set their rates as lowest.

If there are things you still do not understand, just ASK others. Nobles of your realms will always be there to help you. Especially dukes and lords, who are usually more experienced than knights will gladly aid you.