The land of dragons and warriors, where these magnificent creatures live in peace with humans.

Old members of Helonon, with the help of the hero Zandros, who came from the East Island, founded Ashborn in Fianik, city which currently belongs to Sint.

Ashborn took part on the war between Grehk and Old Grehk. Ashborn helped Old Grehk to survive... ...the numerous attacks of Grehk, Enweil and Marca de Pantera. The war was ended when the infestation arrived... ...and all realms were forced to fight together against the forces of darkness.

The storm wiped several realms of the map, but Ashborn once again prevailed. Ashborn survived successfully to the infestation and strengthened its position in Beluaterra as a strong dedicated realm that helped those in need.

Since then until the present time Ashborn has lived in peace with all the realms, growing calmly and defending itself from the monsters and undeads, but... ...Sint, an Ashborn Colony, declared war to its mother realm blaming Ashborn about allowing religions which preaches dragon annihilation, what is completely false.

Sint was, until then, ally of Ashborn, but, suddently, they attacked Ashborn when this realm was defenseless.

At the same time, Plergoth declared war to Ashborn too, trying to help their allies, Sint. But some time later, they realized... its enemy was not Ashborn.

Now, Plergoth is currently more than ally of Ashborn. Both realms are members of a federation, together with Mesh.

Since the war began, Ashborn has lost several regions, such as Hirzmet, Firbalt, Gihalcert, Daisha, etc. but this great realm will never die, or, at least, it will born from his own ash.

The war even came to Keffa, the last Ashborn stronghold. Sint, allied with the forces of Heen plundered the city and attempted a colony takeover but were stopped by the heroic actions of but humble peasants. Old Grehk has now joined the fight after witnessing the brutality of Sint's forces. After a decisive victory in battle, they severed Sint's land in two, thereby stopping supplies from their northern regions from reaching the war. The scene has been set for Ashborn's triumph in this long and costly war.

Ashborn is a democracy, and its command positions are elected by the decision of all nobles of the realm. 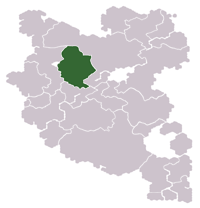 Calmacil, most powerful Infiltrator of Ashborn, follow the link to see the accredited kills in his career.